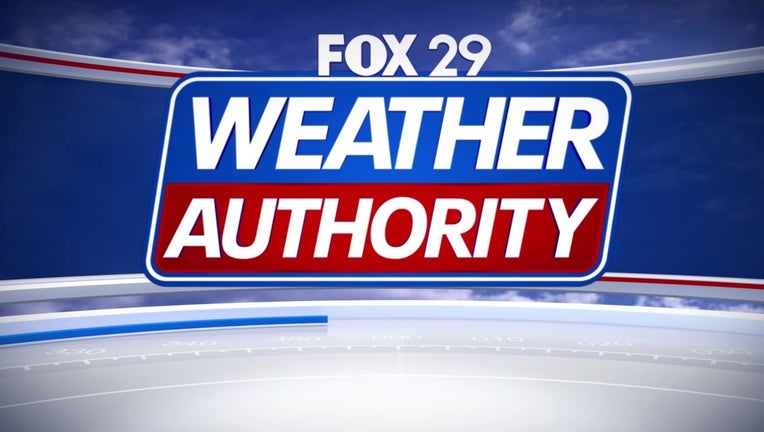 SPRINGFIELD TWP, N.J. - The day after server thunderstorms rumbled across the Delaware Valley, national weather surveyors confirmed that a low-grade tornado touched down in Burlington County.

According to the National Weather Service, an EF-1 tornado made landfall in Springfield Township around 10:25 p.m. Sunday leaving a "narrow, discontinuous path of tree damage" in areas near Route 206 and Columbus-Jobetown Road.

The twister officially dragged for just under 8 miles during the 10-minute weather event. Winds reached a peak gusts between 80-90 miles per hour, according to surveyors.

The weather service highlighted mostly tree damage in their Sunday afternoon report, including uprooted and snapped trees on Juliustown-Georgetown Road. Damage from the tornado was also reported in neighboring North Hanover Township.

The EF-1 tornado, which classifies as "weak" on the Fujita scale used to measure tornadoes, dissipated before the Ocean County line.