Find out the celebrity behind the mask on season 3, episode 3 of FOX's

The hidden celebrity performed a scary good rendition of Lesley Gore’s “You Don’t Own Me,” while turtle hit the stage with “There’s Nothing Holdin’ Me Back” by Shawn Mendes, kangaroo sang Rihanna’s “Diamonds” and white tiger rocked the house with “We Will Rock You” by Queen. 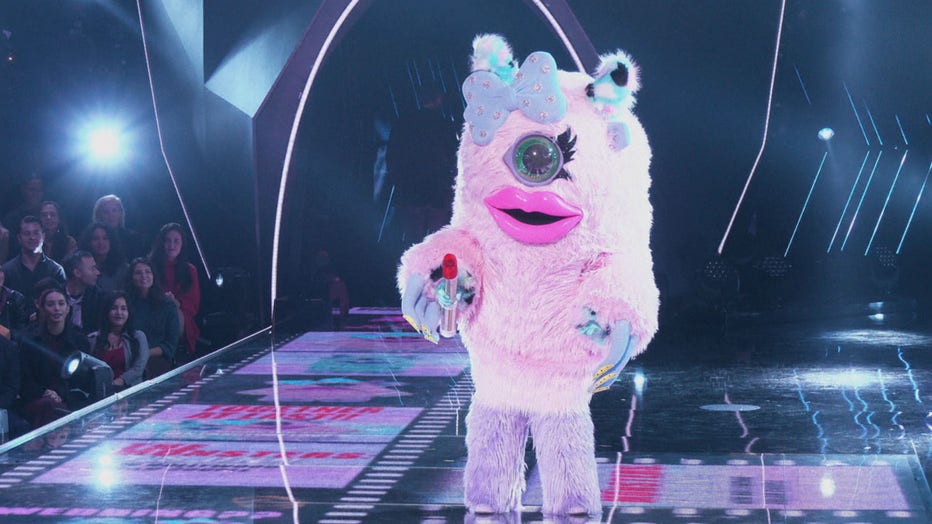 Miss Monster’s clues included her hairstylist calling her a “spiritual mom,” as well as white socks, a slice of pizza and camouflage hanging from a clothes line.

“Miss Monster has been through a lot, and she hasn’t always been seen in the press for who she really is,” her hairstylist hinted.

RELATED: ‘The Masked Singer’: This solo from Miss Monster is scary good

She was revealed to be Grammy Award-winning singer Chaka Khan, the iconic voice behind hit songs like "I'm Every Woman," "Ain't Nobody" and "Through the Fire."

“The Queen of Funk” said she was honored by some of the judge’s guesses, which included Dolly Parton, Mary J. Blige, Dionne Warwick, Queen Latifah and Gloria Gaynor.

RELATED: ‘The Masked Singer’ is going on tour, and may be coming to a city near you

The singer called the experience “liberating” being anonymous, “because I could do what I wanted.”

“It was great fun, and it was very different. I’m glad that I had a nice little stay and we did well.”

This story was reported from Cincinnati. This station is owned by the FOX Corporation.