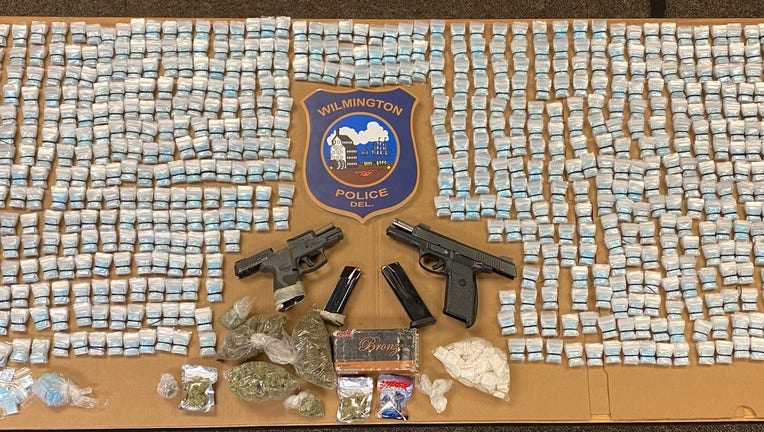 Wilmington police find over 8,900 bags of heroin, along with weapons in arrest.

WILMINGTON, Del. - More than 8,900 bags of heroin, along with guns and cocaine were found after an investigation and arrest conducted by Wilmington Police.

Officials with the Wilmington Police Department made the announcement Monday.

According to authorities, members of the Safe Streets Task Force launched an investigation into activities on the 1300 block of Maryland Avenue March 12, just before 10 a.m.

As a result of the investigation, members of the task force arrested 30-year-old Kendrick Miller without incident.

The task force then discovered the following items:

Miller was arraigned and is being held at the Howard R. Young Correctional Institution on $85,000 cash-only bail.