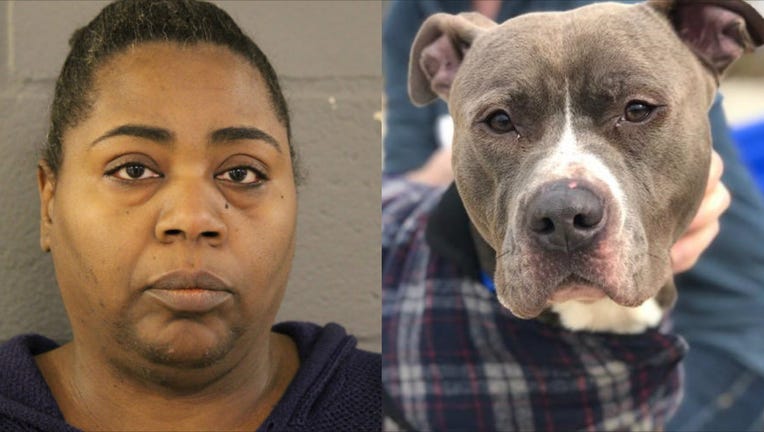 CHICAGO - A 48-year-old woman has been charged in connection with the abuse and abandonment of a dog found last month in southwest suburban Willow Springs.

Janiel Mixon of Justice is charged with two misdemanor counts of cruel treatment of an animal and violating the owner's duties statute, the Cook County sheriff’s office said in a statement.

An investigation by the sheriff’s police found that Mixon was last in possession of the dog, the sheriff’s office said. She was arrested Feb. 28 and released on a cashless bond. 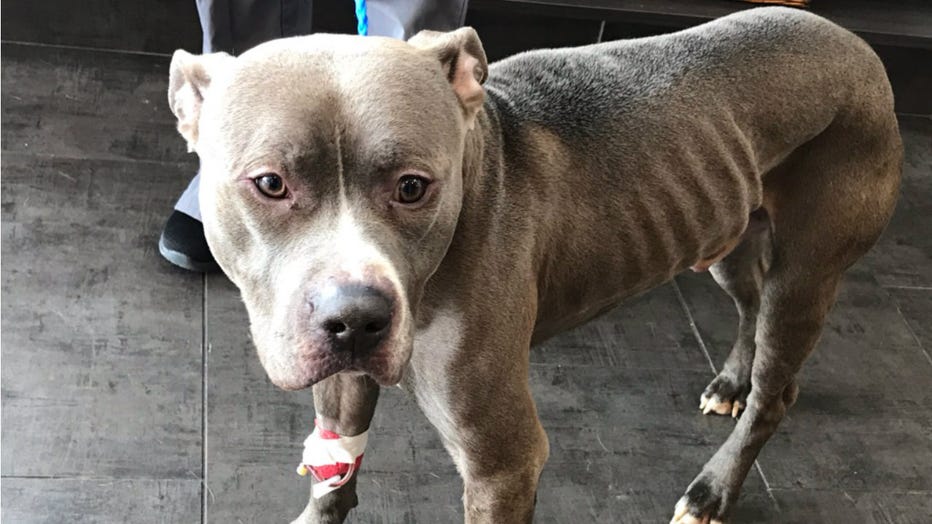 Cook County Animal and Rabies Control warden John Haralamos said he rushed to the scene and found the dog nearly unresponsive and covered in blankets by officers who were already there. The dog had no reaction to him, and only moved its head.

Haralamos said he rushed the dog to Countryside Veterinary Center in Countryside, and from there to the South Suburban Humane Society in Chicago Heights, where he is still recovering from dehydration and kidney issues. The staff there named him Vinny.

Vinny is still recovering at the South Suburban Humane Society.

“He’s very shy of humans because of his ordeal, but he’s made tremendous progress in trusting humans,” South Suburban Humane Society CEO Emily Klehm told the Sun-Times. “We know that given the progress he’s made he’ll go to a forever home.” 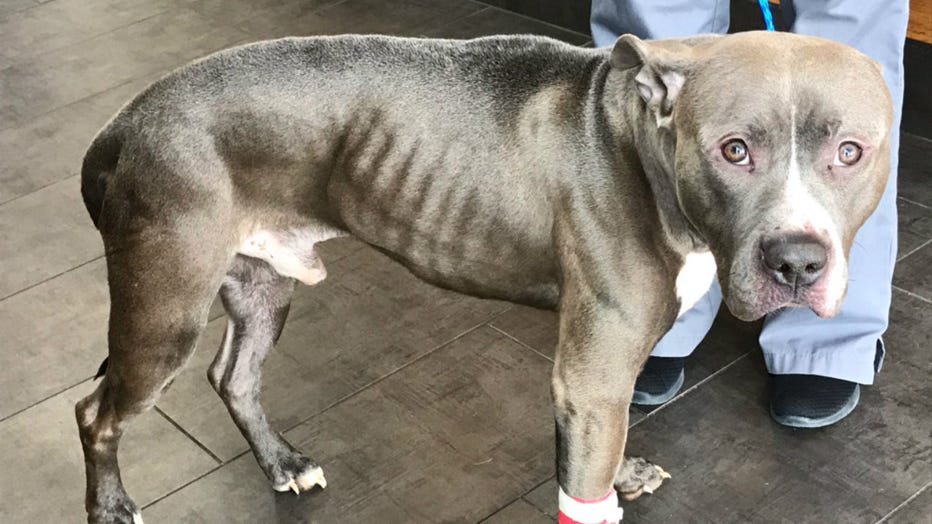 Klehm said stories of abandoned pets are upsetting for pet lovers, but can be educational.

“There are a hundred other choices that would’ve been safe and humane” instead of abandoning the dog, she said. “We really encourage people to look at their animal shelter, adopt a pet and put more good back into the world.”

GET FOX 32 CHICAGO ON THE GO BY CLICKING HERE

Last week, PETA offered a $5,000 reward for information leading to an arrest and conviction in the case. A spokesperson for PETA could not immediately be reached Wednesday for comment.

Mixon is scheduled to appear for an initial hearing on April 27 at the Bridgeview Courthouse.