Since the incident, the lawsuit states that Judith Pleunik has attempted to remove the mark with several products.

HOUSTON - An Ohio woman who stopped at Macy’s to receive a makeup consultation in 2018 claims an employee left an “X” mark on her face, which remains there today, and is now suing.

Judith Pleunik visited a Macy’s department store at the Baybrook Mall in Friendswood, Texas, located just outside of Houston, while visiting her daughter in February 2018, according to her attorney, Melissa Ephron.

The woman at the counter was helping Pleunik look at different makeup shades, according to the lawsuit filed June 25 against Macy’s. The employee, who is also named in the court filing, marked an “X” on the right side of Pleunik’s face without her knowing, the suit alleges. 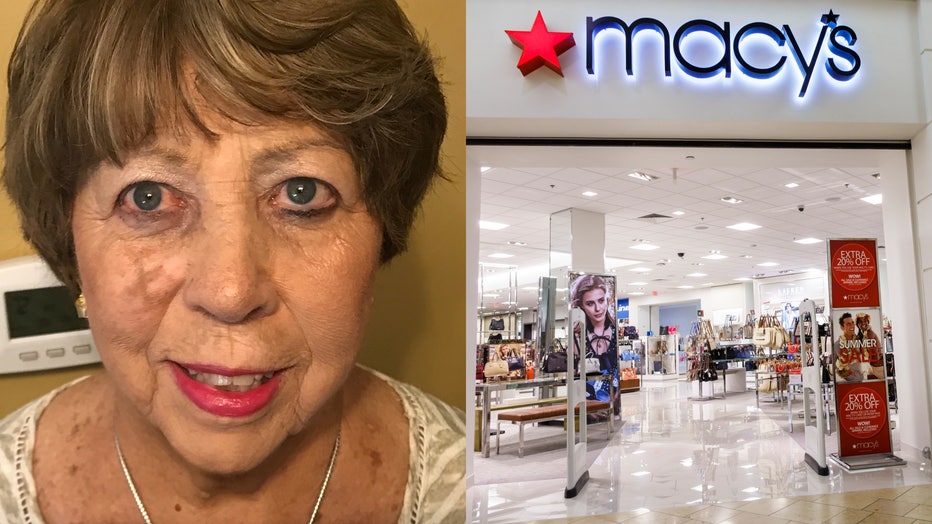 Pleunik’s daughter then asked the employee why there was an “X” on her mother’s face and asked for it to be removed, according to the lawsuit. It states that the employee then “attempted to use more makeup to cover up the X.”

Pleunik claims she went to another department store in the mall that day to see if someone else could remove the mark, which they could not, according to the lawsuit. This was followed by other unsuccessful attempts in the months following.

“Since this incident, (Pleunik) has attempted to remove the X with a litany of products,” the suit reads.

According to the lawsuit, Pleunik even went to see a dermatologist to remove the discolored mark. The doctor informed her that she may scar her face by attempting to remove the X.

The lawsuit adds that Pleunik attempted to contact the employee and Macy’s about the incident to figure out what was used on her face and has received no “constructive information.”

“We want Macy’s to be held accountable for what they did to her,” Ephron said. “She went into Macy’s to get some new makeup and she comes out with a brand on her face.”

The lawsuit states that Pleunik “has suffered injuries to her face as well as severe mental anguish” from the incident.

After seeing a news report about Pleunik’s situation, Ephron said a dermatologist in Ohio reached out to advise her to get a biopsy to determine the substance that was applied to her skin. Pleunik was awaiting results of the biopsy.

Macy’s did not immediately return a request for comment.