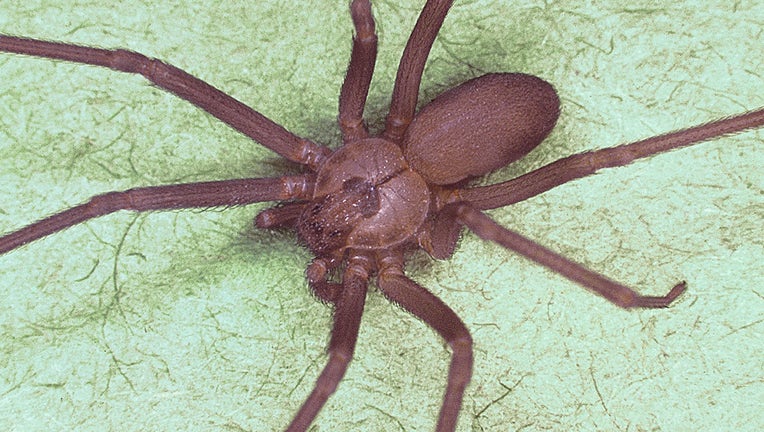 KANSAS CITY, Kan. (FOX 35 ORLANDO) - A Kansas woman went to see a doctor because she thought she had water in her ear. Imagine her shock when doctors pulled out a brown recluse spider!

According to MySunCoast.com, Susie Torres said she had a constant "swishing" sound in her ear that wouldn't go away. Torres went to see a doctor about her condition.

As she got her ear examined, a medical assistant ended up finding a brown recluse spider right inside Torres' ear.

“Just, why? Where? What and how?" Torres told MySunCoast.com. "Never thought that they would crawl in your ear or any part of your body."

Fortunately, Torres did not get bitten by the eight-legged intruder.

Brown recluse spiders are venomous. According to the Centers for Disease Control and Prevention, if someone is bitten by a brown recluse, the bites can result in chills, fever, sweating and nausea. The venom can also destroy skin tissue around the bite.

As for Torres, she's taking extra precautions while she sleeps.

“I went and put some cotton balls in my ears last night because I didn’t have any ear plugs,” Torres said.