The case drew international attention in part because of the thousands of disturbing text messages between Michelle Carter and Conrad Roy, whose relationship existed almost entirely over the phone.

BOSTON - A woman who encouraged her suicidal boyfriend in a barrage of text messages to take his own life should have her involuntary manslaughter conviction thrown out because it violated her right to free speech, her lawyers told the nation’s highest court on Monday.

In urging the U.S. Supreme Court to hear her appeal, Michelle Carter’s lawyers called her conviction in Conrad Roy III’s death “unprecedented” and said her case raises crucial questions about whether “words alone” are enough to hold someone responsible for another person’s suicide.

“Michelle Carter did not cause Conrad Roy’s tragic death and should not be held criminally responsible for his suicide,” Daniel Marx, one of her lawyers, said in emailed statement. “This petition focuses on just two of the many flaws in the case against her that raise important federal constitutional issues for the U.S. Supreme Court to decide,” he said.

Carter was jailed in February after Massachusetts’ highest court unanimously upheld her conviction in the death of the then-18-year-old Roy. Carter, now 22, is serving a 15-month sentence. 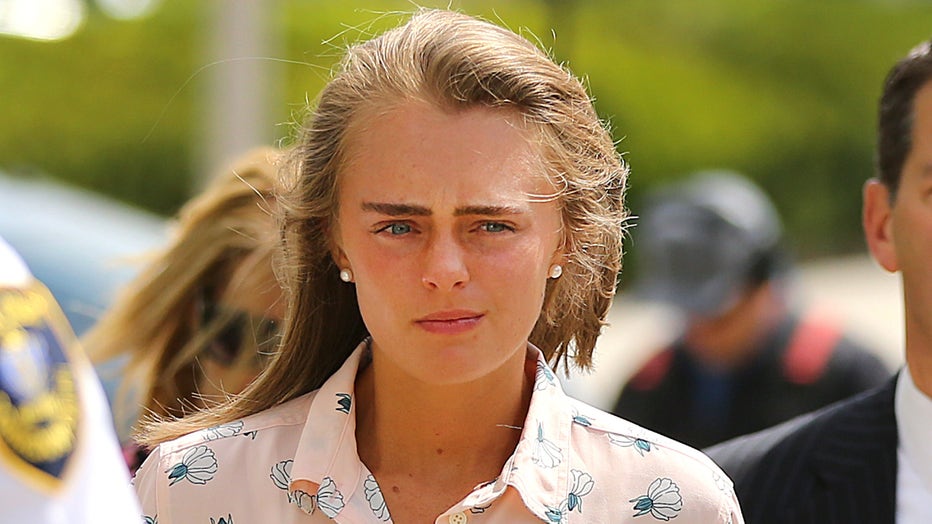 Michelle Carter arrives at Taunton District Court to hear the verdict in her trial. (Photo by John Tlumacki/The Boston Globe via Getty Images)

The court agreed with a judge who found that Carter caused Roy’s death when she told him in a phone call to get back in his truck as it was filling with carbon monoxide and didn’t call Roy’s family or the police.

The phone call wasn’t recorded, but the judge focused on a text message Carter sent a friend two months later in which she said Roy had gotten out of the truck because he was scared and she told him to get back in.

Carter’s lawyers say that’s not enough evidence to prove Carter did that. They also argue there is no evidence he would have lived if she had called for help or that Roy would have listened to her if she had told him to get out of the truck.

Carter’s lawyers said in their Supreme Court petition that the Massachusetts justices acknowledged that not everyone who verbally encourages someone to take their own life should be prosecuted but provided “no guidance to distinguish sympathetic cases of assisted suicide from culpable cases of unlawful killing.”

The Massachusetts high court “imagined a range of conduct from coerced suicide to dignified death, but it offered no clear, meaningful, and constitutional way to determine where a particular case may fall on that spectrum. The deciding factor is the prosecutor’s gut,” they wrote.

Therefore, nothing “would prevent such aggressive prosecutions in all assisted or encouraged suicide cases,” the lawyers wrote.

Carter’s case drew international attention in part because of the thousands of disturbing text messages between Carter and Roy, whose relationship existed almost entirely over the phones.

“You keep pushing it off and say you’ll do it but u never do. It’s always gonna be that way if u don’t take action,” Carter told Roy in one text message.

The case is the focus of a HBO documentary debuting on Tuesday that explores the thorny legal questions, the teen’s twisted relationship and Carter’s own mental health problems.

Prosecutors alleged that Carter pushed Roy to kill himself because she was desperate for attention from her classmates and wanted sympathy as the grieving girlfriend.

Carter’s trial attorney argued that Roy, who had tried to kill himself before, was determined to take his own life and that Carter had actually been trying to help him before going along with his plan.