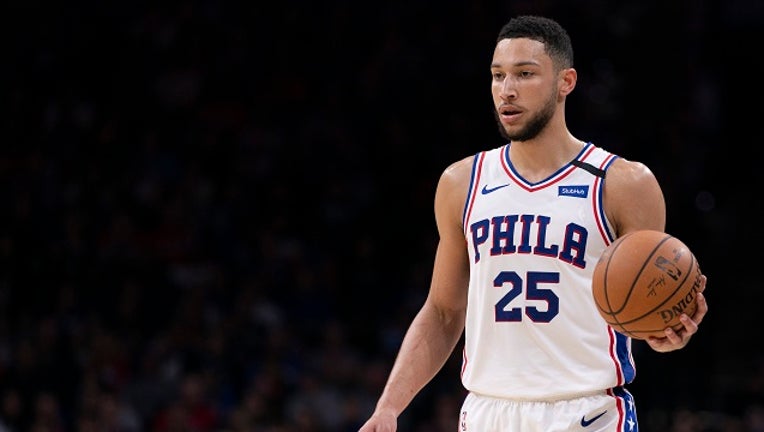 PHILADELPHIA - Philadelphia 76ers guard Ben Simmons will miss at least two more weeks with nerve issues in his lower back.

The All-Star played just a few minutes in Saturday’s loss to Milwaukee before leaving with the back injury. He will undergo daily treatment for his nerve impingement and be evaluated in two weeks.

The Sixers are 36-22 as they head down the stretch without one of their best players. They are 27-2 but just 9-20 at home — and leave this week for a four-game West Coast trip that starts Sunday.

Shake Milton started at point guard for Simmons in Monday’s victory over Atlanta. Shooting guard Josh Richardson also played the point and both players will be needed again when the Sixers play Wednesday at Cleveland.