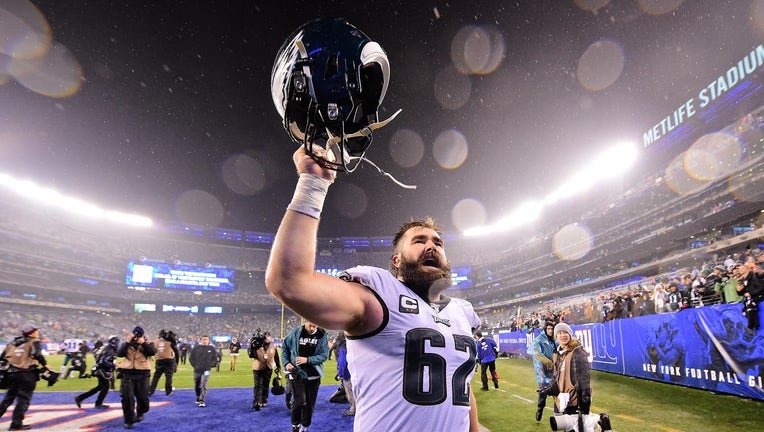 Jason Kelce #62 of the Philadelphia Eagles celebrates his teams win over the New York Giants at MetLife Stadium on December 29, 2019 in East Rutherford, New Jersey. (Photo by Steven Ryan/Getty Images)

PHILADELPHIA - Eagles center Jason Kelce has once again been named to the NFL's All-Pro First Team and was the lone Eagle to receive the honor for the 2019 season.

This marks the third time Kelce has been named an All-Pro after he was named to the team the previous two seasons.

According to the team's website,  Kelce was the only Eagles player to line up for every snap on offense in 2019. Kelce has started 89 consecutive regular-season games, a streak dating back to 2014 that is the longest among all NFL centers.

"It's a lucky stat," Kelce said on Thursday of playing every snap in 2019. "The injury rate in the league is pretty high and I've been fortunate the football gods are taking care of me. Hopefully, that continues."

Unknown players step up for Philadelphia Eagles in clutch moments

Kelce will suit up for his seventh playoff game in nine seasons with the Eagles on Sunday.

Kelce was a sixth-round pick of the Eagles in the 2011 draft. This past offseason he signed a one-year extension through 2021.

You can find the full list of All-Pro selections below.