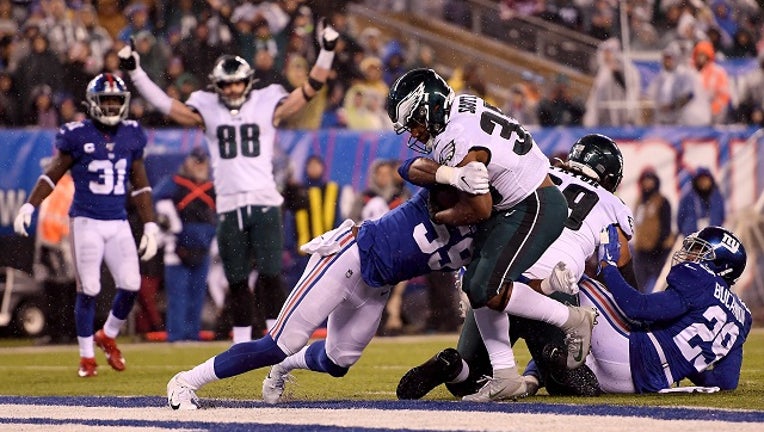 Boston Scott scores a touchdown against Lorenzo Carter of the New York Giants during the third quarter. (Photo by Sarah Stier/Getty Images)

PHILADELPHIA - Philadelphia Eagles running back Boston Scott has been named the NFC Offensive Player of the Week after helping lead the Birds into the playoffs with his performance against the New York Giants on Sunday.

Scott ran for three touchdowns in the second half and the injury-ravaged Eagles beat the Giants 34-17 to win the NFC East title.

Carson Wentz led Philadelphia (9-7) to four straight must-wins and the team finished an elimination game without seven starters on offense.

Then they lost running back Miles Sanders and three-time Pro Bowl right guard Brandon Brooks in the first half.

The Eagles host the Seattle Seahawks (11-5) in an NFC wild-card game at Lincoln Financial Field at 4:40 p.m. Sunday.