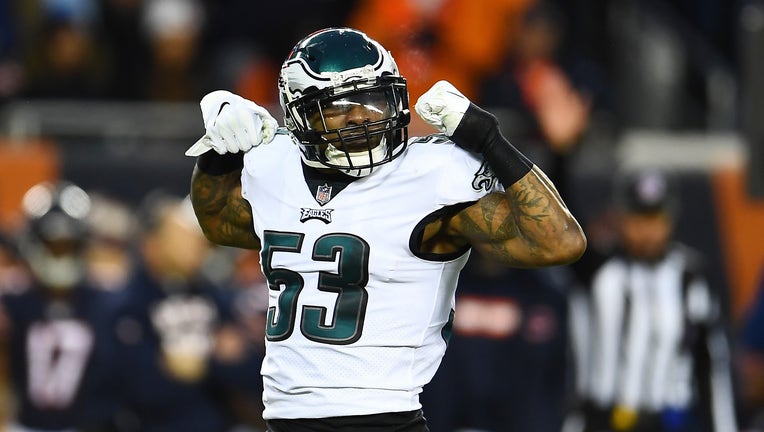 Nigel Bradham #53 of the Philadelphia Eagles reacts against the Chicago Bears in the second quarter of the NFC Wild Card Playoff game at Soldier Field on January 06, 2019 in Chicago, Illinois. (Photo by Stacy Revere/Getty Images)

PHILADELPHIA - The Philadelphia Eagles are moving on from veteran linebacker Nigel Bradham.

The team announced Wednesday that they had released the veteran linebacker after he played four seasons with the team.

Bradham joined the Eagles as a free agent prior to the 2016 season and started 58 regular-season games and six postseason games for the Birds, including Super Bowl LII.

The 30-year-old played just 12 games for the Eagles this past season, but still managed to record 63 total tackles.