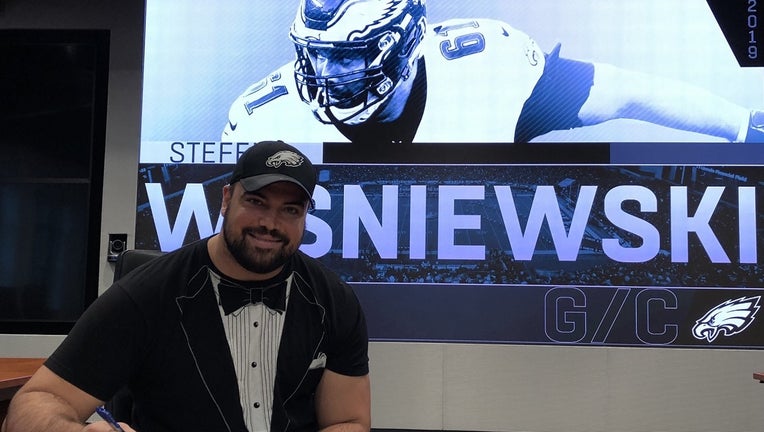 Wisniewski spent the last three seasons with the Eagles, and started a number of games over that time, including Super Bowl LII.

The 30-year-old Penn State alum adds more depth to the offensive line, which could be without injured right guard Brandon Brooks to start the season.

Wisniewski announced the reported one-year deal himself on Twitter:

"Hey Philly...I'M BACK! And I chose to sign in a tuxedo T-shirt because I wanted to be formal, but also I'm here to party...on Broad Street...in early February...for another SB parade... Let's GOOOOO!!!!!!"