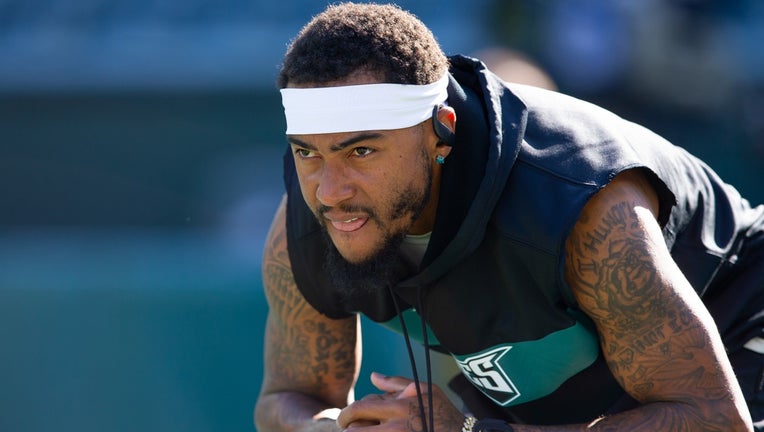 DeSean Jackson #10 of the Philadelphia Eagles looks on prior to the game against the Chicago Bears at Lincoln Financial Field on November 3, 2019 in Philadelphia, Pennsylvania. (Photo by Mitchell Leff/Getty Images)

PHILADELPHIA - The remainder of Philadelphia Eagles wide receiver DeSean Jackson's 2019 season is in jeopardy as he is expected to have surgery to repair a core muscle injury.

Sunday, Jackson lined up for the Eagles for the first time in two months in the Eagles win over the Bears.  He left the game early after recording a single catch for five yards.

"So for precautionary measures, we decided to keep him out,” Pederson added.

The Eagles have been inconsistent on offense without Jackson, who opens things up for other receivers because he draws attention. Jackson had eight catches for 154 yards and a pair of 50-plus yard touchdowns in a 32-27 win over Washington in the opener. He was injured in Week 2 and played a handful of snaps. No other Philadelphia player has a catch for more than 45 yards this season.

Jackson, who turns 33 on Dec. 1, returned to the Eagles this year after former coach Chip Kelly cut him following his third Pro Bowl season in 2013. He was the key offseason acquisition for the offense, giving Carson Wentz his best deep threat as the team's quarterback.

The Eagles released the following statement: