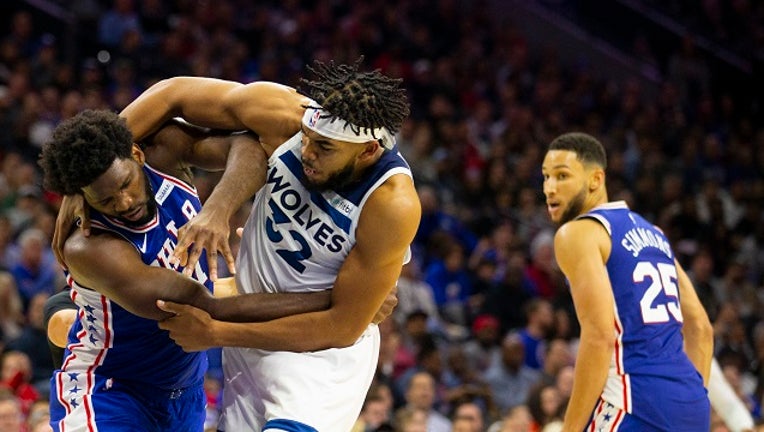 Joel Embiid #21 of the Philadelphia 76ers gets in a fight with Karl-Anthony Towns #32 of the Minnesota Timberwolves as Ben Simmons #25 looks on in the third quarter at the Wells Fargo Center.

PHILADELPHIA - The Sixers' Joel Embiid and Karl-Anthony Towns from the Timberwolves have been suspended for two games after a brawl Wednesday night.

Embiid and Towns and have a history of talking trash to each other. After they got tangled under the basket, Embiid shoved Towns, who answered with a punch that missed as both men fell to the floor. Ben Simmons jumped in and forcefully held Towns down as other players and coaches ran onto the court to separate everyone.

Embiid and Towns were ejected after a video review. Embiid shadowboxed to the crowd's delight on his way back to the locker room. Fans responded with "MVP!" chants.