Eagles coach Doug Pederson talks about his right guard's battle with anxiety that Brandon Brooks says kept him out of most of Sunday's game.

PHILADELPHIA - Two-time Pro Bowl right guard Brandon Brooks said pressure of trying to live up to a new contract led to an anxiety attack that forced him out of the Philadelphia Eagles’ game last Sunday.

Brooks has dealt with anxiety for several years but has started 50 straight games, including the playoffs. He recently signed a four-year, $54.2 million contract and it weighed on his mind.

“When I got the new contract, I tried to talk myself down about it,” Brooks said Tuesday. “'Hey look, you’re playing great, keep doing what you’re doing, no issues.’ I talked to my therapist about it, it started setting in my head, ‘Hey, you’ve got to show everybody you’re worth the money,' instead of, 'Just go out there and play. No need to change what you’ve been doing or anything like that.' That’s what kind of brought it on. That’s just the person I am. That’s my double-edged sword. It’s something that’s always driven me, to try and be the greatest at whatever I do.”

RELATED: How to talk to someone who may be struggling with depression or anxiety 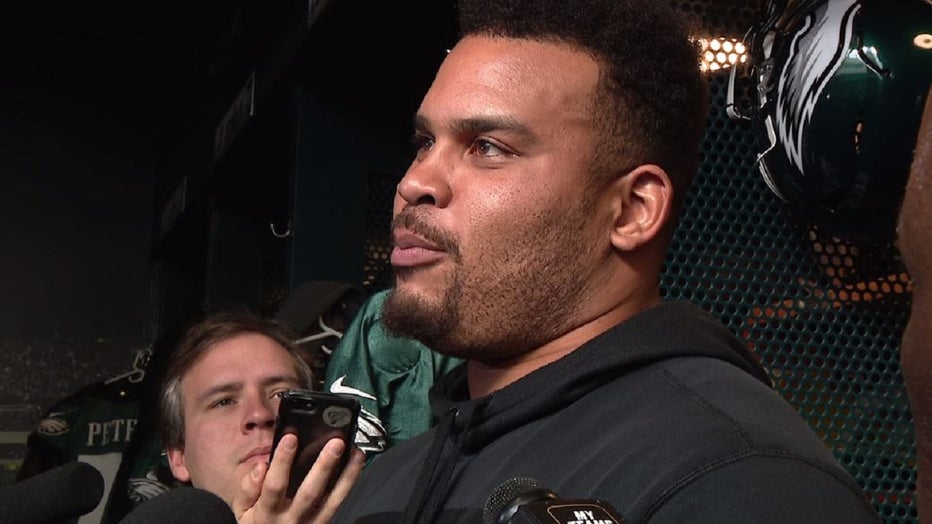 Brooks played only 12 snaps in a 17-9 loss to Seattle and had to leave. He was vomiting all morning and between series during the game before he exited.

“We're people. We're human beings. We go through the same things that everybody else goes through, everyday issues that 40 million Americans go through,” Brooks said.

“We're no different and when we have issues, the only difference is that it's front-page news. There are a lot of people who go through the same issues that we all go through. I just encourage athletes who do go through things, whether it's something like a mental illness or really anything, to speak about it. You never know who you might help. You might be helping yourself."

Brooks said he’s thankful for support from coaches, teammates and fans. He plans to practice Wednesday and play Sunday at Miami.