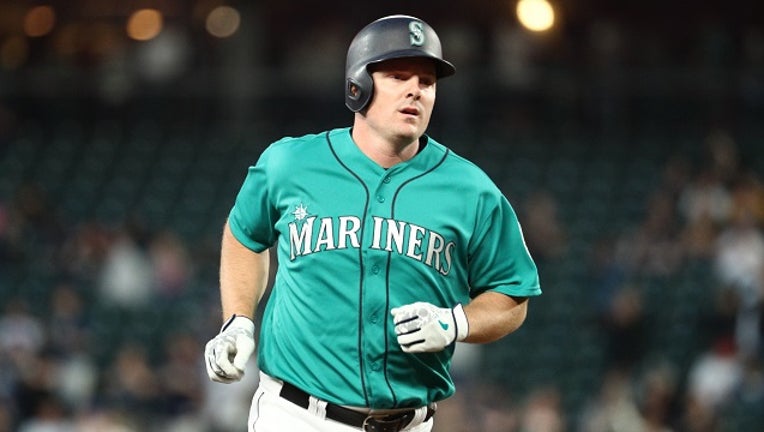 SEATTLE (AP) - Former All-Star outfielder Jay Bruce says he has been traded to Philadelphia by the Seattle Mariners, a deal that will cost the Phillies just $2.75 million over the next 1 1/2 seasons.

"I figured this would be the situation," Bruce said. "It's bittersweet. I really like the group of guys here. I got to know some of them and had great relationships. It's part of the business, though. I get to go somewhere I have a chance to win, and at this point in my career, that's pretty paramount for me."

He hit just .223 with nine homers and 37 RBIs in 94 games last year, and New York traded him to Seattle in December as part of the deal in which the salary-shedding Mariners sent second baseman Robinson Cano and closer Edwin Diaz to the Mets.

Philadelphia outfielder Odubel Herrera was placed on administrative leave by the commissioner's office Tuesday under the sport's domestic violence policy after his arrest in Atlantic City, New Jersey.

Bruce's last hit with Seattle was memorable, his 300th home run on Friday, against the Los Angeles Angels.