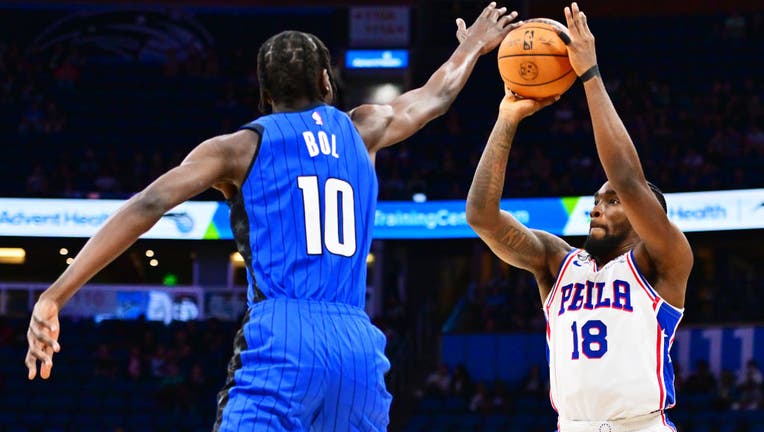 ORLANDO, Fla. - Shake Milton had 29 points and seven assists, and the Philadelphia 76ers routed the Orlando Magic 133-103 on Sunday night.

Paolo Banchero led Orlando with 18 points and Franz Wagner scored 17 for the Magic, who lost their fourth straight.

Playing a fourth consecutive game without their top three scorers, the 76ers shot 66% in the first half and led 70-45 when Milton opened the third quarter with a 3-pointer.

Milton and Harris did most of the scoring on a 29-10 burst to open the second quarter for Philadelphia, and the Magic never got closer than 20 from there. Banchero picked up his third foul during that run and sat out the rest of the half.

76ers: C Joel Embiid missed a fourth game with a mid-foot strain. He might play Monday night. ... G Tyrese Maxey missed a fifth game due to a fractured foot. ... G James Harden has missed seven games with a strained right foot tendon. ... Led by Reed and Montrezl Harrell, the 76ers had a 49-32 rebounding advantage.

Magic: C Mo Bamba left the game with back spasms. ... An illness limited G Terrence Ross to eight minutes. ... G Markelle Fultz, who has yet to play this season due to a fractured toe, had his return delayed until at least Wednesday. ... G Jalen Suggs did not play after injuring his ankle Friday night. ... C Wendell Carter Jr. missed a fourth straight game with a foot injury. ... G Gary Harris got his first start of the season.