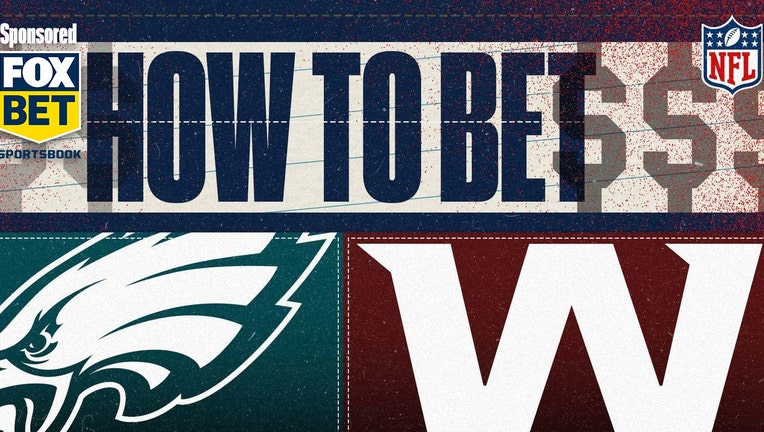 Due to a quirk in the schedule, the Philadelphia Eagles (8-7) and Washington Football Team (6-9) will play each other for the second time in 12 days Sunday.

Here's everything you need to know about the NFL odds for Sunday's matchup between the Eagles and WFT — the point spread, moneyline, total over/under and picks from our betting experts (with all NFL odds via FOX Bet).

"When you see an NFL team get humiliated on national TV (56-14 to the Dallas Cowboys), they almost always play well the next game. This is why I'd take Washington and the points here.

"Philadelphia tends to be a fairly one-dimensional offense. I think the oddsmakers are pretty savvy here with this line. Washington is a sell and everybody is going to be on Philadelphia here. I bet this game ends up being a 90/10 split in favor of the Eagles. When I see that, I go the other way."

Other Things To Know

Philadelphia has won three in a row and five of its past six games as the Eagles currently have the seventh and final playoff spot. WFT is still alive for the postseason but has a 6% chance of earning a wild-card spot.

WFT has been streaky. WFT has lost three in a row after a four-game win streak, which snapped a four-game skid. A loss Sunday would eliminate WFT from the postseason.

The Eagles lead the NFL in rushing yards (2,448) but are dealing with injuries at running back. Leading rusher Miles Sanders (754 yards on 137 carries, 5.5 yards per carry but no touchdowns) has been ruled out with a broken hand.

Coach Nick Sirianni said he is "hopeful" Jordan Howard (stinger) can play Sunday. In six games, Howard has 75 carries for 380 yards (5.1 per carry) with three touchdowns.

Quarterback Jalen Hurts is second on the Eagles in rushing with 740 yards on 132 carries (5.6 per carry) with 10 touchdowns.

Rookie DeVonta Smith is Philadelphia's top receiver with 58 catches for 821 yards (14.2 per catch) with five touchdowns.

WFT coach Ron Rivera said Taylor Heinicke will start at quarterback but Kyle Allen is expected to take some snaps.