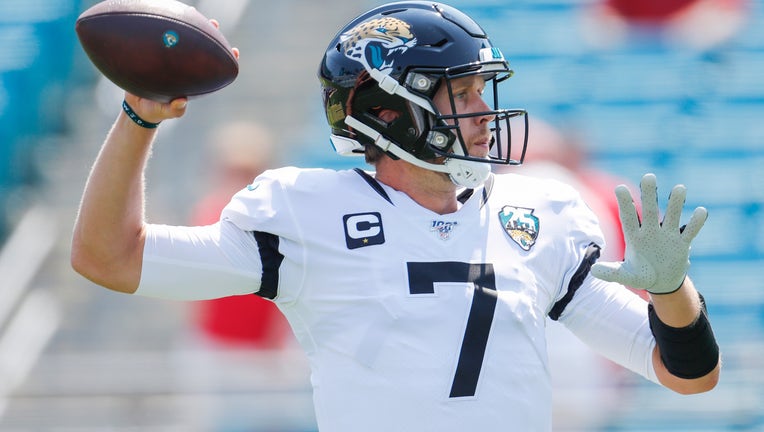 The team had previously listed Foles on its initial injury report Wednesday with an abdominal oblique injury.

Coach Doug Marrone sat Foles and most of his other starters for the majority of the preseason, taking a "smarter approach" to training camp and exhibition games in hopes of being healthier for the regular season. They played a few series in the third preseason game.

Jacksonville responded by scoring a league-low 29 points in four exhibition games, the fewest in franchise history. Marrone was admittedly unsure whether the Jags were ready for the regular season, but he was pleased they were close to full strength.

The team also is missing a day of practice and meetings because of Hurricane Dorian, but expects to get all the pregame preparation crammed into Thursday and Friday.

The Jaguars signed Foles to a four-year, $88 million contract that includes $50.125 million guaranteed.

Foles led the Eagles to four playoff victories over the last two seasons, including the franchise's first NFL title since 1960. He earned 2018 Super Bowl MVP honors and made himself the league's premier quarterback commodity.