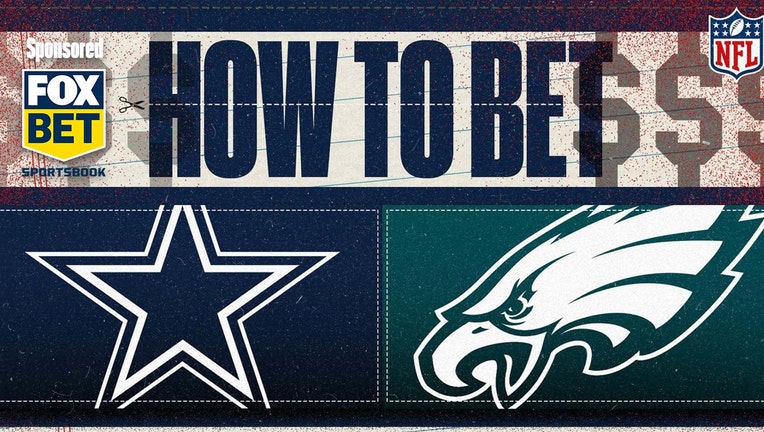 Check out the NFL odds on Cowboys vs. Eagles, from the point spread to the over/under and expert picks.

The Dallas Cowboys (11-5) play at the Philadelphia Eagles (9-7) on Saturday night in a matchup of playoff-bound teams from the NFC East Division.

Here's everything you need to know about the NFL odds for Saturday night's matchup between the Cowboys and Eagles — the point spread, moneyline, total over/under and picks from our betting experts (with all NFL odds via FOX Bet).

"I like the Eagles in this contest because they will attempt to win this game, while the Cowboys are less likely to do the same. The Cowboys are also dealing with COVID-19 issues, with two key pieces in Micah Parsons and Tyron Smith on the list and unlikely to play.

"The Eagles also have COVID-19 issues, but their coach has indicated those players will play and plans for his team to play hard this weekend. It would make sense for a first-time playoff coach and team to keep that confidence still going by winning a Week 18 game against a division opponent you've struggled to beat.

"This is why I like the Eagles to cover, but I'd sprinkle some money on them to win straight up as well."

Other Things To Know

The East Division champion Cowboys have all but locked up the No. 4 seed in the NFC. According to NFL Research, of the 32 different Week 18 scenarios for Dallas that don't involve ties, the Cowboys would keep the No. 4 seed in 28 of them. There are two scenarios where Dallas would move into the No. 2 or No. 3 spots.

The Eagles are the No. 7 seed and could move as high as No. 6 pending a victory Saturday and the outcome of other games.

Philadelphia coach Nick Sirianni said on a radio show that he will consult with his assistant coaches and make a decision later in the week regarding playing the starters.

The Cowboys likely will be without rookie Pro Bowl linebacker Micah Parsons, who was placed on the reserve/COVID-19 list Wednesday. Parsons is sixth in the NFL in sacks with 13.

Ezekiel Elliott is seventh in the NFL in rushing with 915 yards on 219 carries (4.2 yards per attempt) with 10 touchdowns.

Philadelphia leads the NFL in rushing, averaging 160.4 yards per game. The Cowboys rank 15th against the run, allowing an average of 110.6 rushing yards per game.

Quarterback Jalen Hurts, a college teammate of Lamb with the Oklahoma Sooners, leads the Eagles in rushing with 784 yards on 139 carries (5.6 per attempt) with 10 touchdowns in 15 games.

Running back Miles Sanders has 137 carries for 754 yards (5.5 per attempt) in 12 games but hasn't reached the end zone. Jordan Howard has 86 carries for 406 yards (4.7 per carry) and three touchdowns in seven games.