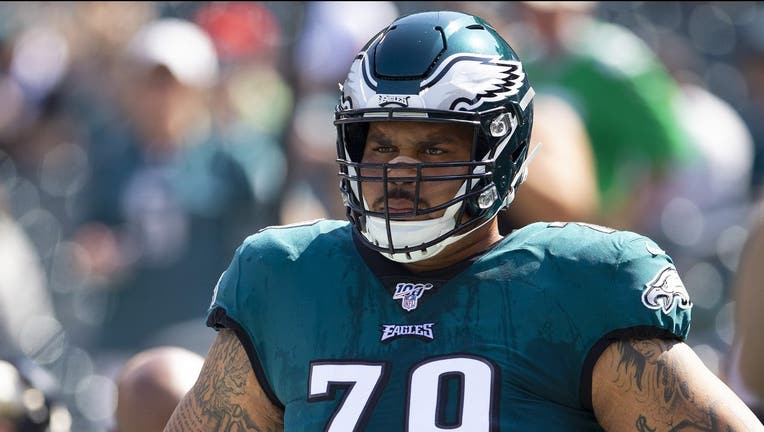 Brooks separated his shoulder Sunday and will require surgery.

Carson Wentz led Philadelphia (9-7) to four straight must-wins and the team finished an elimination game without seven starters on offense.

The Eagles host Seattle (11-5) in a wild-card game next weekend.

Then they lost running back Miles Sanders and three-time Pro Bowl right guard Brooks in the first half.

"You never want injuries but for these guys coming from the practice squad, the journeys they've been on, it makes it that much sweeter," Wentz said.

The Eagles are in the playoffs for the third straight season but Wentz will make his first postseason start. He was sidelined after knee surgery in 2017 when Nick Foles led Philadelphia to its first Super Bowl title. He was injured again last year when Foles took the Eagles to the divisional round.

The Eagles overcame adversity the past two seasons, losing Wentz. They've never faced injuries like this, however.

“That’s Doug and his attitude," Graham said. "Never get too high, never get too low. Control what you can control. We bought into it and now we’re wearing a hat and t-shirt and we’re in the dance.”