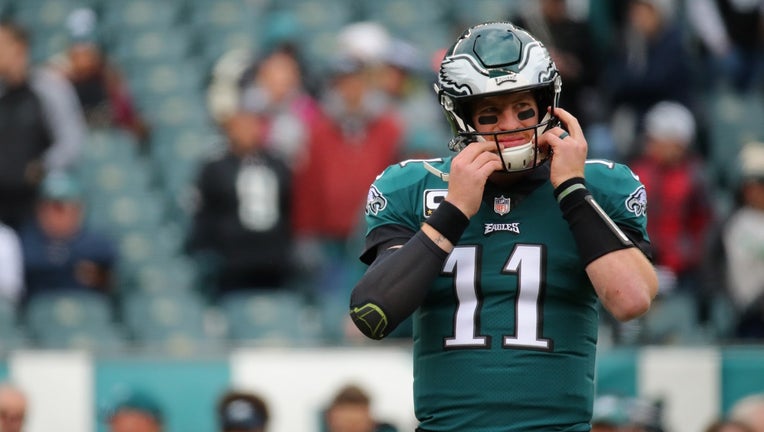 With or without Wentz, it could soon be a wrap on the Philadelphia Eagles' playoff chances.

Wentz played one of the worst games of his four-year career, a mistake-prone effort on offense that played a role in his botched tackle attempt on a lost fumble that led to the injured hand.

He needed X-rays during the game in the locker room that showed there was no serious damage to the franchise QB’s throwing hand. Coach Doug Pederson confirmed at a press conference Monday that Wentz has a bruised hand and is expected to play Sunday's game against Miami.

"He's got a little bruise in his hand, kind of on the middle finger there," Pederson said. "Day to day, should be fine for the game."

Wentz's role in Philadelphia's 17-9 loss to the Seattle Seahawks on Sunday will certainly go under the microscope for a franchise that’s nearly out of time to make the playoffs.

Wentz was 33 of 45 for 256 yards, one TD, two interceptions and lost two fumbles, a big part of the Eagles’ messy five-turnover game.

"Our issues on offense today were not about Carson Wentz," Pederson said. "Obviously, he's a part of it. This is an offensive issue. It starts with me."

Don't tell that to Eagles fans who booed Wentz off the field to end the first half. He might have heard more had fans not left in droves in the fourth quarter, the final scene of swaths of empty seats more appropriate for a preseason finale than a for team trying to make a run in the NFC East.

"You never want to hear it," Wentz said. "It is what it is. That's the city. That's the fanbase. I'm frustrated, too. They have every right when we're playing poorly to let us know."

Wentz has been dealt a bad hand all season with his receivers, an oft-maligned group took a serious hit with No. 1 wideout DeSean Jackson out most of the season with a torn abdominal muscle. Nelson Agholor and Alshon Jeffery have been widely ridiculed in Philly for their spate of dropped passes and sat out Sunday, which forced Wentz to throw to the inexperienced group of JJ Arcega-Whiteside, Greg Ward and Mack Hollins.

Wentz was off from the start, missing open receivers, trying short passes to eat up yards, and then shaking his hand after throws once he was hurt. He was swarmed by about the entire Seahawks defense on one snap in the second quarter and lost 8 yards on a fumble.

Wentz lost a fumble in the third on a muffed handoff to Miles Sanders that led to the QB trying to turn into a run stopper. He hurt his hand, possibly his thumb, when he tried to tackle a defensive lineman.

"It was a new kind of play," Wentz said. "Miles and I probably didn't just communicate enough on it. I've got to be better for him and give him a chance on it."

Sanders took the blame, saying, "I don't think I had the ball the whole time."

Wentz had a staffer catch the ball for him during warmup tosses on the sideline and he grabbed his right hand after several throws. He went to the medical tent and the locker room but stayed in the game — and the Eagles fumbled on their first drive of the fourth quarter.

The Eagles had a first down at the Seahawks 33 early in the second quarter, but Wentz's pass to Dallas Goedert was intercepted by Bradley McDougald. With the Eagles down 17-3 late in the fourth, Wentz had a pass picked off by Tre Flowers and a last-ditch comeback bid was all but gone.

Wentz hasn't been the same since he tore two knee ligaments in 2017 and hasn't been helped by throwing to one of the league's worst groups of wide receivers. Last week in a loss to New England, he was sacked five times, lost a fumble and completed only half his passes.

Wentz was even worse against the Seahawks, and there’s no guarantee he'll be better for Sunday's game.

The Eagles are 5-6, need an amazing string of fortunate events to win the NFC East, and Nick Foles is not walking into their locker room.

"It's a hard look in the mirror," Wentz said. "Where can I be better? We realize there's going to be a lot of outside noise and guys looking at us. As a leader, I've got to be better. I've got to lead these guys better." 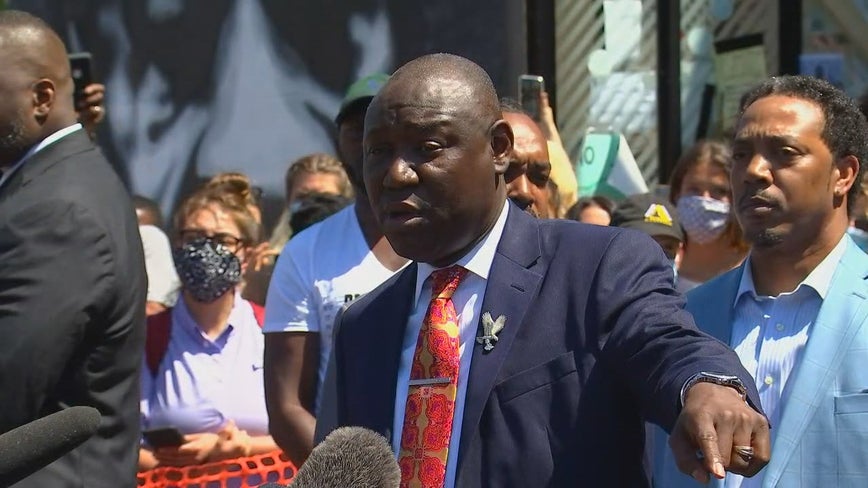