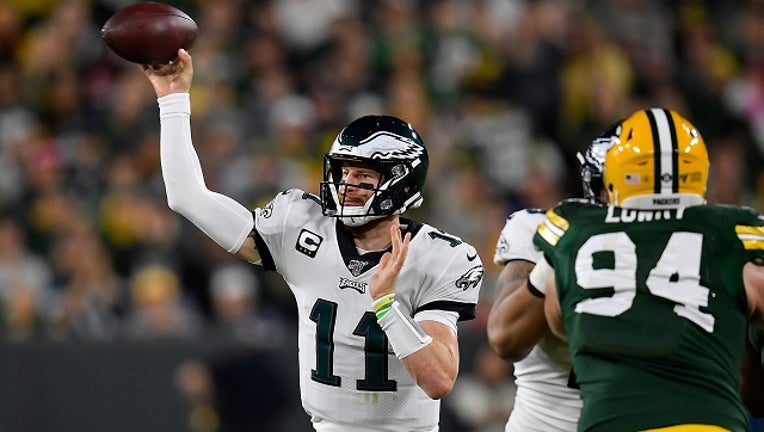 Carson Wentz #11 of the Philadelphia Eagles passes the football in the first quarter against the Green Bay Packers at Lambeau Field on September 26, 2019 in Green Bay, Wisconsin. (Photo by Quinn Harris/Getty Images)

Howard finished with 15 carries for 87 yards with two touchdowns rushing and one receiving, Carson Wentz went 16 for 27 for 160 yards, three scores and no turnovers, and the Eagles (2-2) rebounded after losing back-to-back games by a combined seven points.

Rodgers started 10 for 10 and finished 34 for 53 for 422 yards, two touchdowns and a fumble that set up a short Philadelphia scoring drive.

Davante Adams had a career-high 180 yards on 10 catches for Green Bay, but he wasn't on the field for the Packers (3-1) on the last drive because of a toe injury.