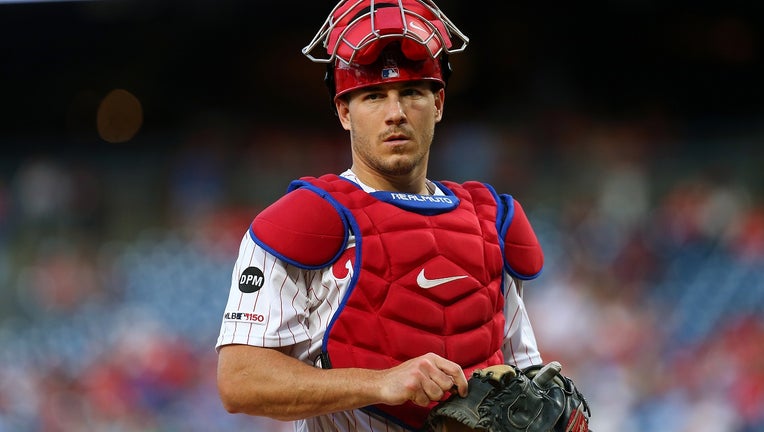 Realmuto, 28, edged Cardinals catcher Yadier Molina and Padres catcher Austin Hedges to become the first Phillies catcher to win a Gold Glove since Mike Lieberthal in 1999 and the third catcher in franchise history to win one.

Realmuto is also the first Phillies player to win a Gold Glove since Jimmy Rollins won at shortstop in 2012.

Realmuto finished the season as the highest-rated defender in baseball, according to FanGraphs. He left at the tail end of the regular season with a right knee injury.

In his first season with the Phillies, Realmuto hit .285 with 25 homers and 83 RBIs. He started 130 games at catcher and made his second All-Star Game appearance this year.

“I’ve never had a Gold Glove and that’s something I’ve definitely always wanted in my career, especially at the catching position it’s really hard to get, so it would mean a lot to me,” Realmuto said late in the season. “Cross my fingers on that one.”

Realmuto is expected to sign a multiyear contract extension before next season. He finished with 5.7 WAR, seventh among NL position players and 15th in baseball.

As one of the National League's nine Gold Glove winners, Realmuto is now eligible for the Platinum Glove Award, which is given to the best defensive player from each league.

Bryce Harper and Aaron Nola were finalists for Gold Gloves at right fielder and pitcher, respectively.