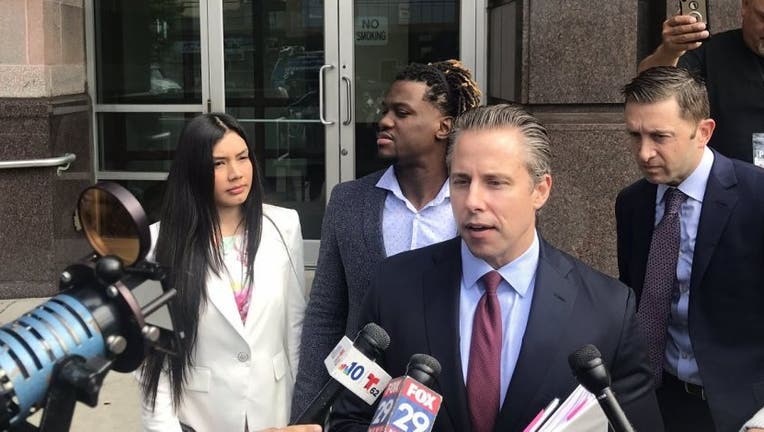 The commissioner's office announced his decision Friday, two days after domestic assault charges against Herrera in Atlantic City, New Jersey, were dismissed. He had been charged with simple assault and knowingly causing bodily injury stemming from an incident on May 27 at the Golden Nugget Casino. The woman, his girlfriend, declined to press charges.

"I acted in an unacceptable manner and am terribly disappointed in myself. I alone am to blame for my actions," Herrera said in a statement issued through the players' association.

"I've taken meaningful steps to assure that nothing like this will ever happen again. I have learned from this experience, and I have grown as a person. I apologize to the Phillies' organization, my teammates, and all my fans."

Herrera said he intends to "work on being a better partner, teammate, and person."

Herrera's suspension would include any postseason games. The unpaid suspension is retroactive to June 24 and covers 85 games. He will lose $2,634,409 of his $5 million salary, the amount due over the final 98 days of the 186-day regular season.

"We are encouraged by Odúbel's acceptance of his discipline as an indication of his willingness to learn from this and change his behavior appropriately," the team said in a statement.

An All-Star center fielder in 2016, Herrera hit .222 with one home run and 16 RBIs in 39 games this season. He missed time in April with a hamstring injury.