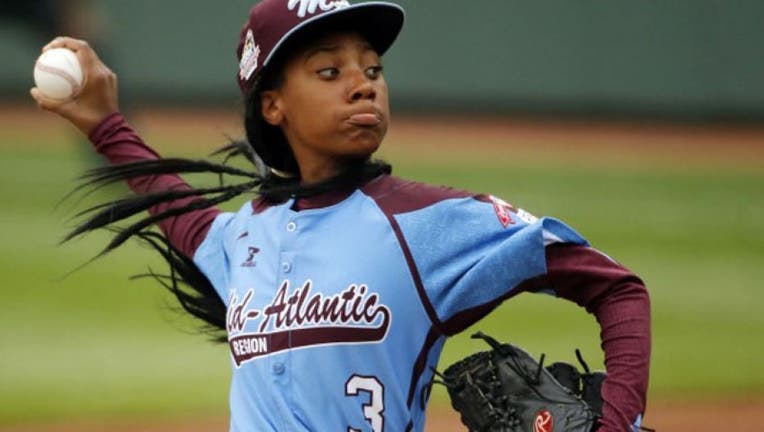 (FOX NEWS) -- Mo’ne Davis made national headlines in 2014 when she became the fourth American girl to pitch in the Little League World Series, leading the Pennsylvania team to the U.S. semifinal.

Davis became the first girl to pitch a winning game in the tournament and was a part of ESPN’s highest-rated Little League game broadcast on their network, according to The Hollywood Reporter.

Fast forward to Saturday, Davis made her collegiate softball debut for the Hampton Pirates against North Carolina A&T Aggies. Davis, who plays second base for Hampton, was 1-for-3 with two RBI in the game. The Pirates won 15-4.

She told the Philadelphia Inquirer that she is enjoying being out of the limelight.

“She’s got the best hands on the team,” Davis told the Inquirer. “She’s got the best arm on the team, Her [baseball] IQ is fantastic. She totally gets it. What I’m wanting from her is to understand how good she can be at the plate. She’s truly supportive. You’ll never hear a negative word come out of that kid’s mouth.”

The second game of the anticipated doubleheader against North Carolina A&T was called due to darkness.

The team will participate in the East Carolina Pirate Clash beginning on Feb. 14. The team is set to play George Washington, East Carolina and DePaul over the course of three days.