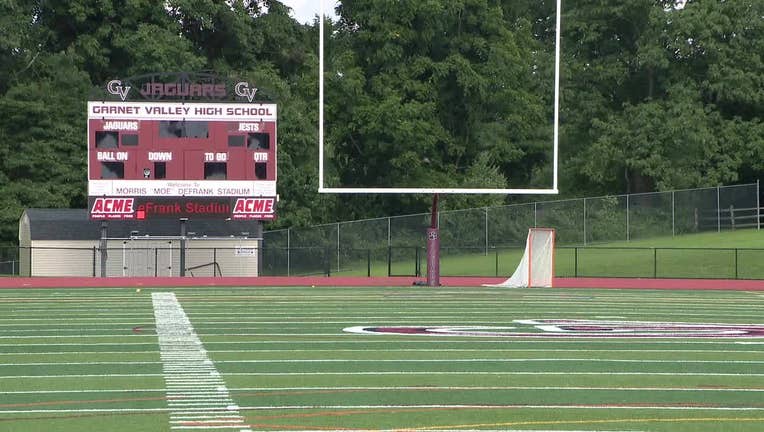 HARRISBURG, Pa. - The governing body for Pennsylvania interscholastic sports signaled again Monday that it’s seriously considering moving ahead with the fall season despite the governor’s recommendation that all youth athletics be canceled until 2021.

“We feel fairly confident that we can get school sports up and running,” Melissa Mertz, associate executive director of the Pennsylvania Interscholastic Athletic Association, said in a radio interview.

The PIAA board plans to make a final decision on fall sports when it meets Friday.

The PIAA had been making plans to start the season as scheduled when Gov. Tom Wolf’s administration issued a “strong recommendation” in early August that scholastic and recreational youth sports be put off until January to help prevent the spread of the coronavirus.

The surprise announcement prompted the PIAA to push back the start of mandatory sports practices for two weeks while it decided its next move.

“We were shocked by that because up until that point we had not received any pushback” from the Wolf administration on restarting sports, Mertz said Monday on WITF’s “Smart Talk.” “It’s caused us to tap the brakes.”

The Wolf administration says that youth sports increase the risk of spreading the virus and should be canceled for now. It noted the Big Ten, Pac-12 and other college conferences have postponed football and other fall sports because of the pandemic.

“Athletes are in close contact, not just on the field but in locker rooms and in transit. The virus is not stopping and spreads more easily when people are in close contact,” said the governor's spokesperson, Lyndsay Kensinger. “Minimizing our exposure to COVID-19 is paramount. Our focus remains on safely getting students back to learning and, if possible, in the classroom.”

Mertz acknowledged that cases are likely to crop up, but said youth recreational sports have been played in Pennsylvania throughout the summer with no widespread outbreaks reported.

The PIAA has also argued that school-sanctioned sports can help ensure compliance with pandemic safety measures. The organization recently published 25-page guide with heath and safety recommendations for each fall sport.

Mertz said the PIAA wants to avoid delaying fall sports until spring because fall generally has better weather, flu season would still be a factor in spring, and overlapping sports seasons would present schools with a logistical hurdle.

The PIAA met with Wolf administration officials last week and, afterward, tweeted it was concerned the governor's recommendation was “not based upon Pennsylvania sports specific data." The organization also said that some member schools perceived the recommendation as a mandate.

Wolf and his administration have repeatedly said the decision on whether to hold fall sports rests with the PIAA and individual schools.

Some Pennsylvania schools have already opted out of fall sports, but Mertz said Monday that she expects most to proceed with them if the PIAA gives the go-ahead.