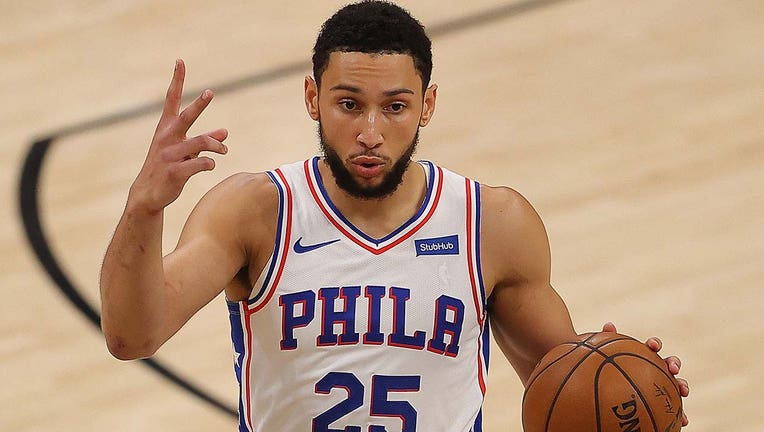 ATLANTA, GEORGIA - JUNE 18: Ben Simmons #25 of the Philadelphia 76ers calls out a play against the Atlanta Hawks during the first half of game 6 of the Eastern Conference Semifinals at State Farm Arena on June 18, 2021 in Atlanta, Georgia. (Photo by

PHILADELPHIA - All-Star Ben Simmons has arrived in Philadelphia and took a COVID-19 test as required by NBA protocol, according to an ESPN Report.

"Sixers are hopeful to start moving toward the next steps of a return with Simmons, per sources. Organization wants him back on the court once he clears protocols, but that remains to be seen," tweeted ESPN’s Adrian Wojnarowski on Monday night.

The news comes as the Sixers guard has declined to report to training camp as he has tried to persuade the Sixers to trade him, even with $147 million and four years left on his contract.

Even with a potential return to the team in sight, Wojnarowski reported the Sixers would continue to seek out possible trades.

He added that the team’s ‘hopes are unchanged,’ as they would like to get him back on the court and convince him to stick around long term.

The holdout comes at a cost for Simmons.

Simmons was hit with financial penalties with 25% of his salary already withheld and fines accruing for missed practices and games, numbers that could hit seven figures even before the Oct. 20 season opener.