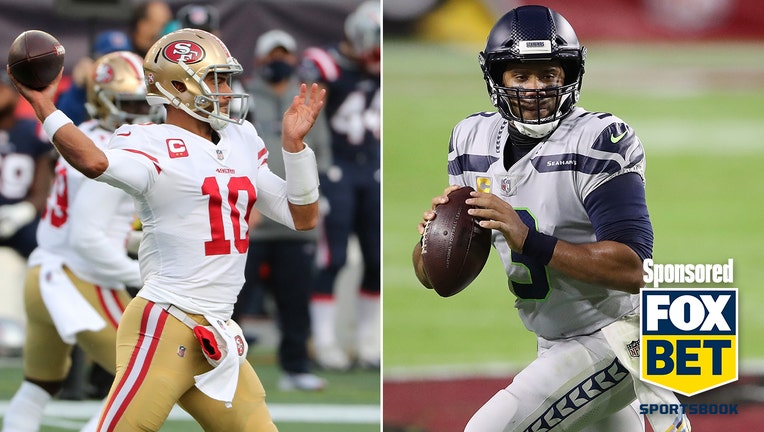 Three weeks ago, the Seattle Seahawks were appearing nothing short of enchanted in running behind Russell Wilson and pulling out a semi-miraculous 27-26 win over the Minnesota Vikings to stay perfect at 5-0.

On that very same day the San Francisco 49ers were a reeling franchise. Jimmy Garrapolo’s return to the starting quarterback position was a disaster, the Niners were getting drubbed at home by the Miami Dolphins and the amount of injuries up and down the roster made San Francisco’s chances of returning to the post-season seem extremely slim.

It’s funny how things can change. The 49ers have wins over the Rams and Patriots to their name while the Seahawks – just after a bye week- lost in overtime at Arizona on Sunday night. Suddenly, all four teams in the NFC West are in play for a division title that seemed destined for the Emerald City.

On Sunday at CenturyLink Stadium, the Seahawks and 49ers will square off in America’s Game of the Week (4:25 p.m., FOX) in what should go a long way to determining the divisional fortunes of both squads.

And you can place a wager on the action with a bet on FOXBet.com – the best place to find the latest odds, prop bets and bet boosts. Check it out now for special promotions when you open an account. FOXBet is available in Pennsylvania, New Jersey and Colorado through the FOX Bet app and online at FOXBet.com.

Place a wager on the action with a bet on FOXBet.com – the best place to find the latest odds, prop bets and bet boosts. Check it out now for special promotions when you open an account. FOX Bet is available in Pennsylvania, New Jersey and Colorado through the FOX Bet app and online at FOXBet.com.

The first meeting of the season between the two teams that were literally separated by inches last season, with the 49ers making a goal line stand in Week 17 in Seattle to win the NFC West and get home field advantage all the way to an appearance in Super Bowl LIV. Over the past two years, the teams have each won two of the four games against one another, which immediately followed a stretch where Seattle swept the season series for four straight years.

It is one of the biggest games of the year in the NFC West and FOXBet.com is the place you should go to get all the latest odds and prop bets to help you make your selection. Sign up today.

The main storylines to watch

For Seattle, the story is Russell Wilson’s MVP candidacy. No team is more dependent on one player than the Seahawks are on Wilson,  who found built a nice rapport with D.K. Metcalf and Tyler Lockett as his wide receivers. It also allows for the Seahawks to place a nice deodorant on a defense that is statistically awful – allowing 479 yards per game and 368 per game through the air (worst in both categories in the NFL.) The Seahawks are a +5 in turnover margin, good enough for a tie for fourth best. The Seahawks’ lowest point yield to this point is 25 points – which still works when you are 5-1.

Meanwhile, the 49ers have been battling injuries all year and this week, they’ll not have WR Deebo Samuel (Hamstring) and backup RB Jeff Wilson Jr. (ankle) to give Jimmy Garoppolo some extra offensive weapons. Still, the Niners played their best game of the year last Sunday in a 33-6 rout at New England.  Defense is what will tell the story for the 49ers, who have a noticeable trend so far: in four wins, they’ve allowed 44 points (10.2 per game). In three losses, they’ve allowed 92 points (30.7 points per game).