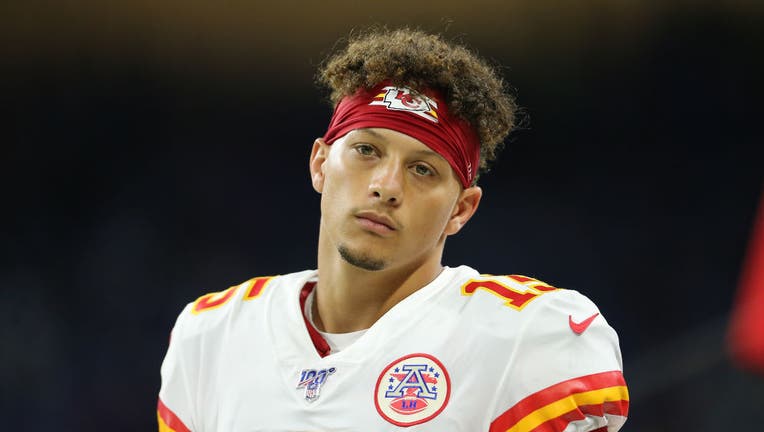 FILE - Patrick Mahomes #15 of the Kansas City Chiefs looks on from the sidelines prior to the start of the game against the Detroit Lions at Ford Field on September 29, 2019 in Detroit, Michigan.

After signing a historic 10-year contract with the Kansas City Chiefs, making him the wealthiest NFL player in the league, Mahomes decided to expand his horizons to Major League Baseball.

“We are very proud and excited to have Patrick as our partner in the ownership group of this franchise,” John Sherman, Chairman, CEO and Principal owner of the Royals, said in a statement.

The announcement makes Mahomes the youngest part-owner in sports history at 24 years old.

“I’m honored to become a part owner of the Kansas City Royals,” Mahomes said in a statement. “I love this city and the people of this great town. This opportunity allows me to deepen my roots in this community, which is something I’m excited to do.”

The specific nature of Mahomes’ ownership, including exactly how much of a stake he owns in the team, was not immediately disclosed.

According to the NFL, the Royals underwent a transition in ownership less then a year ago when former Cleveland Indians vice chairman and minority investor Sherman completed the purchase of the Royals from David Glass, the former Royals chief executive officer who died in January.

Mahomes’ career in baseball doesn’t start with his partial ownership of a major league team. The NFL said that Mahomes’ father, Pat, pitched in MLB for over a decade.