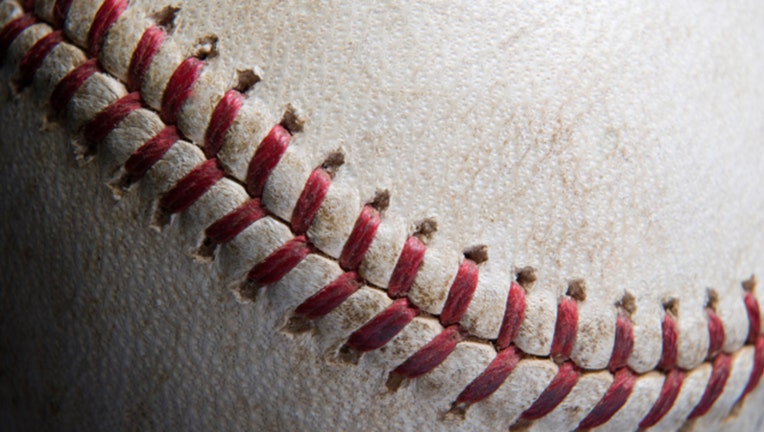 It's a safe bet that none of the eight participants in this year's field, which no longer includes Milwaukee's Christian Yelich, the majors' home-run leader, will get blanked Monday night as some of baseball's biggest bats swing for the fences while vying for $1 million - the richest winning prize in the popular event's 34-year history.

The players will take aim at the downtown ballpark's towering left-field bleachers, which Mark McGwire cleared with a mammoth blast in 1997 that dented a giant Budweiser billboard. There's a pedestrian bridge down the line that could see some action, and if the wind is blowing just so to right-center, it could give Cleveland's own Carlos Santana an advantage.

One thing is certain: This year's contestants are taking it very seriously.

Over the past week, Yelich, who withdrew from the competition citing a back injury, Toronto's Vladimir Guerrero Jr. and several others have been practicing before their games while trying to simulate derby conditions.

On Friday, Yelich, the NL's reigning MVP, got loose by blasting a ball out of Pittsburgh's PNC Park that splashed in the Allegheny River only after smashing a boat's window.

Maybe that swing took too much out of him.

Yelich, who has dealt with back issues during the season's first half, said he felt discomfort during Saturday's game. He feels bad about having to bow out of the derby.

"I definitely don't want to disappoint anyone or go back on a commitment that I've made," he said. "I was weighing both sides. I have people traveling, people that were looking forward to me participating in the derby - not only friends and family, but fans as well. But I have people in this clubhouse and organization who are counting on me to be ready for the rest of the season.

"I was really looking forward to it."

As for Tuesday's All-Star Game, Yelich said he'd still "like to try and play."

Chapman, a first-time All-Star who has 21 homers, will go head-to-head in the first round against Guerrero, the Blue Jays' young hyped hitter, whose Hall of Fame father won the derby in 2007.

It's the youngest group in derby history, with the 20-year-old Guerrero the baby bopper, and the youngest to compete.

He has been working with Blue Jays coach John Schneider, who knows Vladdy's sweet spot better than anyone. Schneider threw batting practice to Guerrero for two years in the minor leagues.

Schneider may be a bit biased, but he believes Guerrero can win it all.

"He can hit the ball so frigging hard," Schneider said. "I think his chances are as good as anybody in any park, against anyone. All eight of those guys are dynamic, dynamic hitters. I think it's going to be fun, but I like his chances."

Guerrero's odds improved following the withdrawal of Yelich, who entered Sunday with 31 homers - just five short of his 2018 season total. The rest of the first-round matchups include: Bregman vs. Pederson, Alonso vs. Santana and Bell vs. Acuña.

Las Vegas has installed Bell as a 3-to-1 favorite. He's a switch hitter and plans to start on the left side before making any adjustments.

The 6-foot-4, 240-pound Bell cuts an imposing figure in the batter's box. The first baseman certainly looks like a home run champion, and he leads the majors with seven homers beyond 400 feet.

In preparation, Bell has gotten advice from former Pirates teammate Andrew McCutcheon, who only hit four homers in 2012 and failed to get out of the first round.

"I talked to Cutch about it, he said just swing at 70 percent and I should be good," Bell said. "We always have a couple of home run rounds in batting practice. I haven't stretched it out to four straight minutes. I'm definitely excited to. It's something that as a kid I practiced so hopefully all that hard work pays off."

While guys have been getting in some extra cuts, Bregman has taken a different approach.

He hasn't practiced at all.

"Because I'm trying to win games here and I don't want to take away from our team winning games," he explained. "I just want to finish out the first half well and when the All-Star Game happens, it happens."

That doesn't mean he's not going to take try his best.

"It will be awesome," Bregman said. "I think everyone's pumped because it's going to be for 1 million bucks. I think that's probably the motivation for everybody."

AP Sports Writers Will Graves in Pittsburgh, Kristie Rieken in Houston and freelancer Ian Harrison in Toronto contributed to this report.