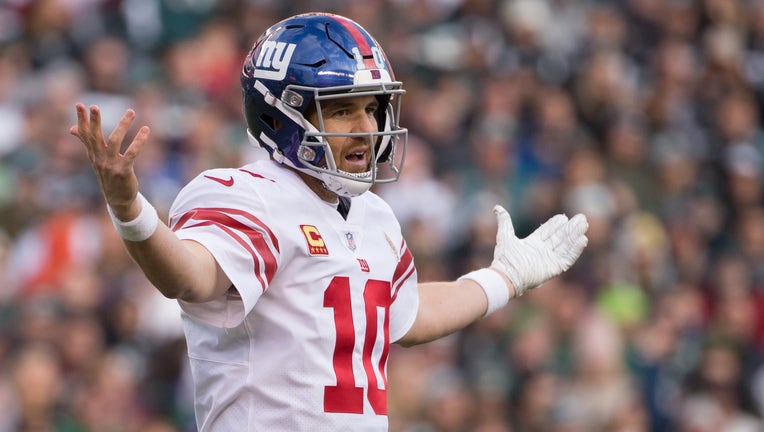 PHILADELPHIA - The Philadelphia Eagles may see an old foe for a final time on Monday as the Giants starting quarterback deals with an ankle injury.

According to ESPN’s Jordan Raanan, Giants rookie Daniel Jones has a moderate high-ankle sprain and is in a walking boot.

If Jones can’t play Monday night against the Eagles, Giants coach Pat Shurmur says it's 'very likely' veteran Eli Manning would return to the starting lineup after he was benched for Jones earlier this season.

Manning hold a 10-20 record against the Eagles in the regular season since coming into the league in 2004. In those games, he’s thrown for 52 touchdowns and 34 interceptions.

Eagles fans are hopeful another matchup with Eli will help spark a late-season run to clinch the NFC East title and a spot in the playoffs after a humiliating loss to the Dolphins topped off a 3-game skid.

The Eagles will play three division opponents four times to close out the season, including a pair of games against the New York Giants (2-10). They'll visit Washington (3-9) and host Dallas in Week 16