PHILADELPHIA - A pattern change is on the way that could make it feel more like September than the middle of summer as the calendar flips from July to August this weekend.

But first, we have to make it through another very warm and humid week ahead, with highs in the upper 80s and lower 90s through Thursday.

Cooler-than-average temperatures and lower humidity will build in by Friday and, especially, Saturday. Low temperatures Friday night may dip into the 50s in many of the suburbs. Highs Saturday will hold in the lower 80s in Philadelphia, with the northern and western suburbs struggling to reach 80 degrees.

The average high and low on July 31 in Philadelphia are 87 and 70 degrees, respectively.

A brief warmup is likely on Sunday before cooling down again next week, perhaps even cooler than what many of us will enjoy Friday into Saturday.

One computer forecast model run by NOAA, the Global Forecast System (GFS) model, is predicting high temperatures only in the mid- to upper 70s next Monday and Tuesday in Philadelphia, with lows 60 to 65 degrees. The suburbs would be even cooler than that. 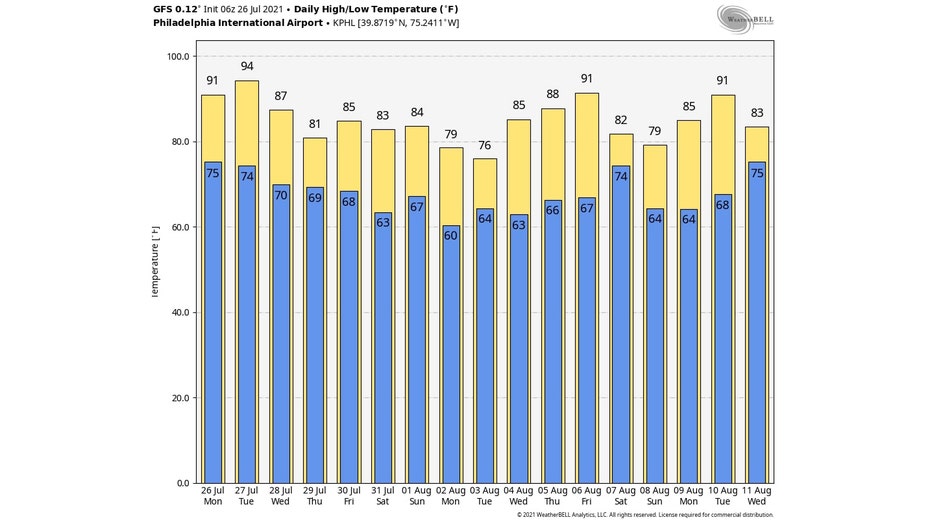 Forecast temperatures from the GFS model from July 26 to Aug. 11. (WeatherBELL)

The latest 6- to 10-day temperature outlook issued Sunday by NOAA's Climate Prediction Center highlights our entire region for a 50% chance of below-average temperatures during the July 31-Aug. 4 period.

The various blue shadings over the Northeast indicate the probability for below-average temperatures, so New York and New England (shaded in darker blue) are even more likely to get a taste of September. 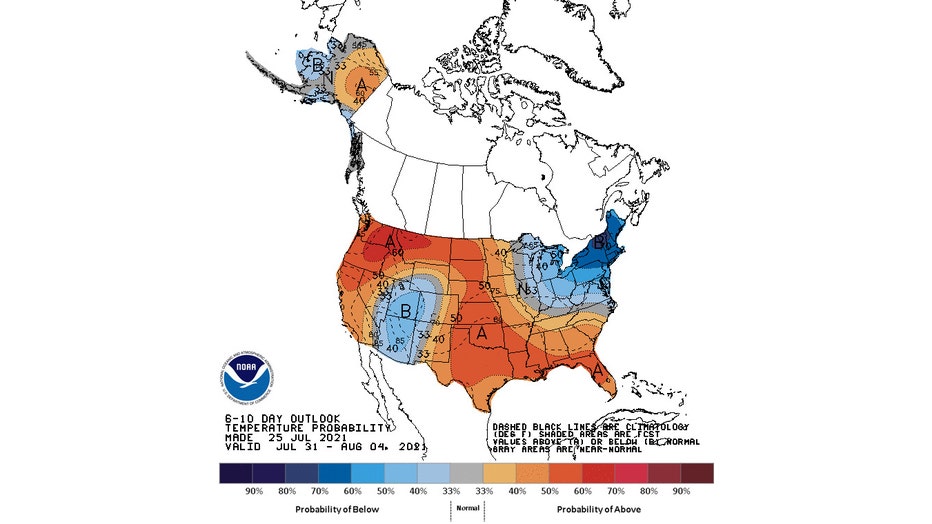 As of Sunday, Philadelphia's summer to date (June 1 to July 25) was tied for the 18th warmest on record, according to the Southeast Regional Climate Center.

That ranking will likely drop with the upcoming cooldown, but that's probably a sigh of relief for anyone who's sick of the heat and humidity.