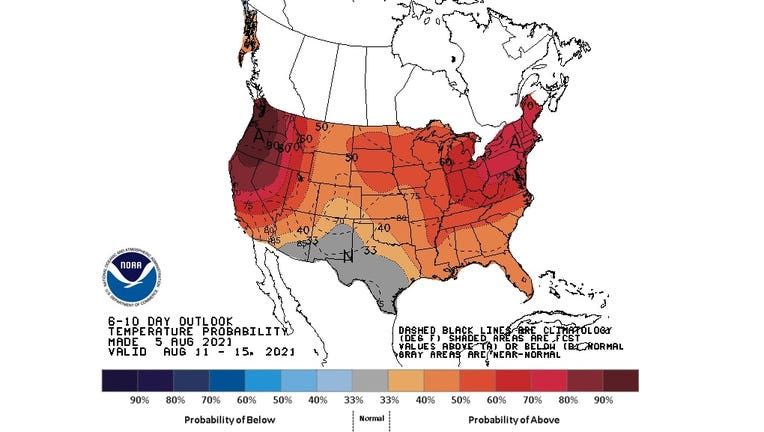 PHILADELPHIA - It's still summer, so the heat and humidity are bound to return at some point. That point is next week.

Temperatures were running 6 degrees below average for the month as of Thursday. The high only reached 77 degrees in Philadelphia last Sunday, with much of this past week holding right around 80 degrees in the afternoon. Overnight lows have even dipped into the lower to mid-60s, causing many to shut off the air conditioner and open up the windows to let in the fresh air.

But a warming trend is on the way, giving us all a friendly reminder the "dog days" of summer are still here. Much of next week is predicted to be 90 degrees or higher, along with increased humidity as soon as this weekend.

NOAA's Climate Prediction Center has highlighted the entire Northeast for a 70% chance of above-average temperatures in its 6- to 10-day outlook issued Thursday. This covers the period from Aug. 11-15, or next Wednesday through Sunday.

Why are they called the ‘dog days’ of summer?

The ancient Egyptians actually coined this phrase thousands of years ago, when they reigned northeastern Africa for almost 30 centuries between 3100-332 B.C., according to History.com.

The constellation Canis Major contains a star called Sirius – also known as the "Dog Star" – and it's only visible in the Northern Hemisphere sky for 40 days each year between July 3 and Aug. 11, or the middle of summer.

It turns out that the ancient Egyptians thought unusually hot weather was directly related to the appearance of this Dog Star. 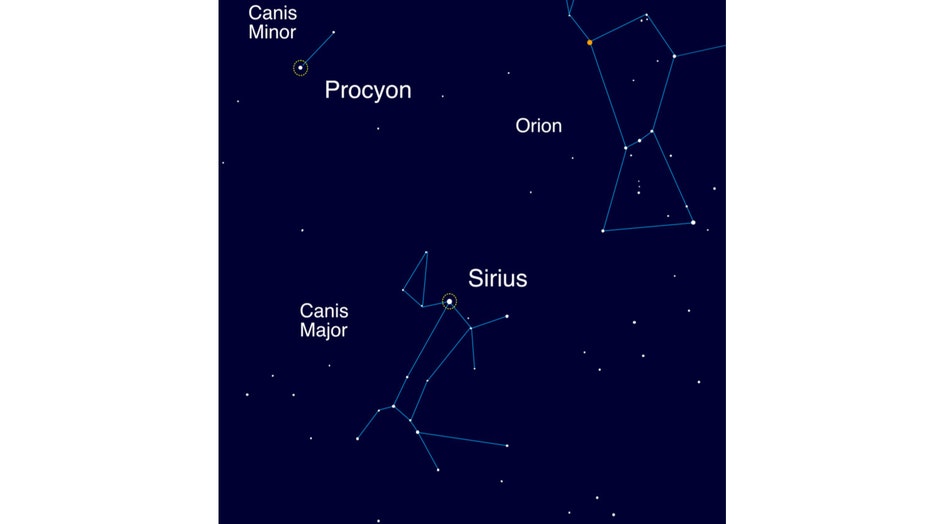 Sirius, in the constellation Canis Major, is the brightest star in the sky (other than our own sun) in the midlatitudes of the Northern Hemisphere. (NASA Night Sky Network)

Most people consider the entire month of August to be the dog days of summer since hot weather can be persistent through month's end, though by the technical ancient Egyptian interpretation, the dog days are actually over by mid-August.

We now know this isn't true, but the ancient Egyptians believed the sun's energy combined with the energy from Sirius and resulted in excessively hot temperatures.

The Dog Star is the brightest star in the sky (other than our own sun), though Sirius is 546,000 times farther from the Earth than the sun, so the amount of radiation we receive from it is has no effect on the planet's temperatures.

This means the Dog Star actually has nothing to do with hot temperatures in July or August. It's simply an ancient phrase from the Egyptians that has survived for thousands of years to describe uncomfortably hot weather.