The National Weather Service Wednesday released new information. In addition to 140 mph winds, the path of destruction was three and a half miles long and the tornado was 530 yards wide, which equals more than five football fields.

BENSALEM TWP., Pa. - The National Weather Service released brand new details about the power of that tornado outbreak that tore through the entire region, leaving paths of destruction from Lehigh County to down to the shore.

Nine tornadoes in Pennsylvania and New Jersey were confirmed during Thursday's storm, including the EF-3 storm in Bensalem Township and an EF-2 tornado that started in the Keystone State and then moved into the Garden State.

NWS in Mount Holly issued 14 tornado warnings in a span of less than six hours. The first warning was issued at 3:02 p.m. for east-central Sussex County in southern Delaware.

The last warning was issued at 8:42 p.m. for east-central Monmouth County in central New Jersey.

Authorities in Bucks County said the EF-3 tornado that contained top winds of 140 mph when it struck Bensalem Township, damaging an auto dealership and a mobile home park. The city's public safety director said four people were injured at the dealership and one at a nearby business, but all injuries were considered non-life-threatening. 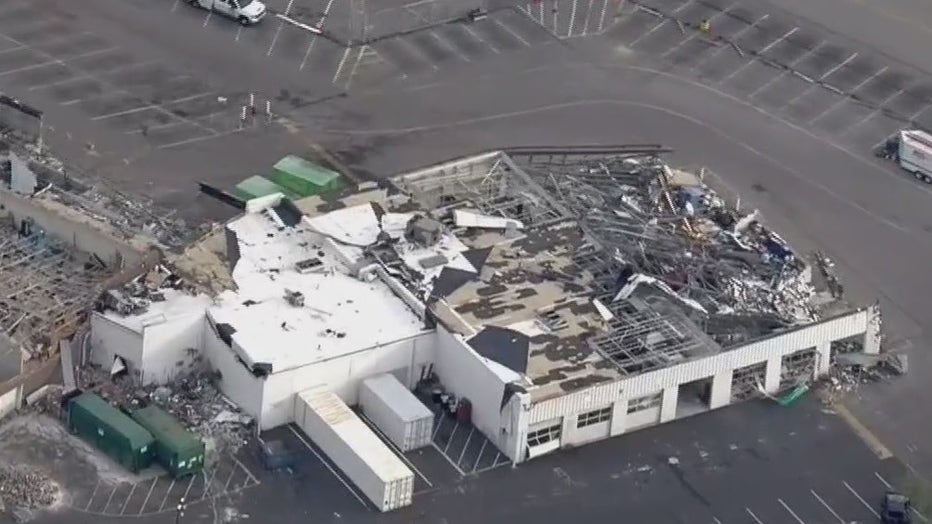 "It's getting a little better you just wake up and say where do I start today," he said.

Pieces from the Faulkner car dealership next door, which was extremely hard hit, strewn about his property, demolishing this home.

"Thankful nobody got hurt, it could have been a lot worse," he said.

It sure could have been you consider the scope of this tornado.

The Bensalem Township tornado had 140 mph winds and the path of destruction was three and a half miles long. The tornado was 530 yards wide, which equals more than five football fields, according to the report.

Robert Quaintance is picking up the pieces and just thankful these huge trees in his backyard fell away from his home in Penn Valley Terace and not on it.

"Even though all this damage is discouraging I'm blessed my family is okay," Quaintance said.