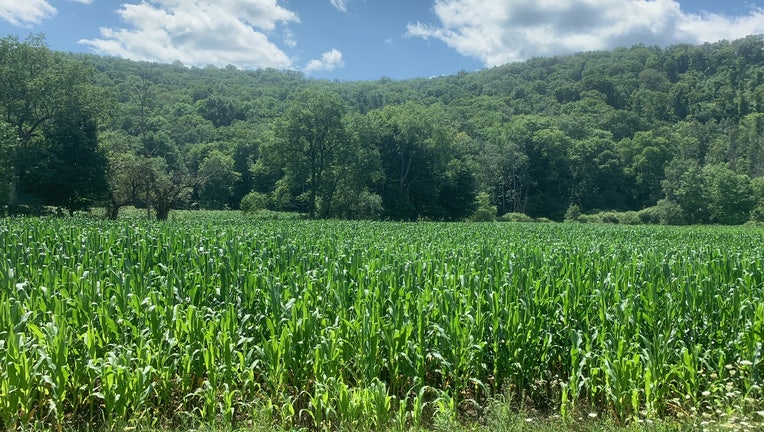 CLARION, Iowa - The humidity in Philadelphia is no joke during the summer. Many days have dew points in the 70s, indicating an oppressively humid air mass that leads to instant sweat the moment you walk outside. But at least we've never had a 90-degree dew point.

Clarion, Iowa, reported a dew point of 90 degrees Wednesday afternoon at 2:15 p.m. Central time. The air temperature at that time was also 90 degrees, resulting in 100% relative humidity and a heat index of 132 degrees.

Some 130 miles west of Clarion in Maurice, Iowa, an even higher dew point of 91 degrees was recorded Tuesday evening between 5-7 p.m. Central time. The 5 p.m. air temperature was 93 degrees, making the heat index an astounding 141 degrees.

According to an August 2011 blog post by weather historian Christopher Burt at Weather Underground, the highest dew point ever measured in the United States was 91 degrees in Melbourne, Florida, at 2 p.m. on July 12, 1987. That was accompanied by an air temperature of 95 degrees, so the heat index was a stifling 144 degrees (in case you were keeping score at home).

If Tuesday's 91-degree dew point in Maurice, Iowa, is confirmed as accurate, it would tie that unofficial record from Melbourne in 1987. It's unofficial because Burt noted in his blog that it had not been investigated for accuracy.

However, many meteorologists are skeptical of the 90-degree dew points in Iowa earlier this week. Daryl Herzmann, a systems analyst within the Department of Agronomy at Iowa State University and developer of the Iowa Environmental Mesonet website, tweeted that those observations were "standard failures for the sensor at extreme humidity/temperature levels."

Although the dew point might not have actually hit 90 degrees, there were several more reliable weather stations in Iowa that reported dew points higher than 80 degrees Tuesday and Wednesday, and that's still downright brutal.

Philadelphia's record-high dew point is 82 degrees from July 15, 1995, according to Burt. The heat index peaked at 129 degrees that day.

Why are dew points reaching 90 degrees in a place like Iowa?

Jamie Foxx or Milli Vanilli might try to blame it on something else, but we'll blame it on "corn sweat."

Iowa has an abundance of corn fields around the state. Corn (or any plant) pulls moisture out of the soil, and some of that moisture escapes through the corn's leaves and enters the surrounding air. This is called transpiration.

Just as humans sweat, or perspire, to cool down, plants are no different. The higher the air temperature, the more the plant will sweat, or transpire.

The transpired moisture will then evaporate off the plant's leaves to cool it down, just like how sweat evaporates off human skin. Evaporation is a cooling process.

Additional moisture also enters the air from lakes and other water sources in the area through evaporation. Combine all of this evaporation and transpiration, and you get evapotranspiration.

"Corn sweat" is simply a more colloquial way of referring to evapotranspiration in the vicinity of corn fields.

This process of evapotranspiration leads to increased moisture in the air near corn fields as the corn "sweats" to keep itself cool, ultimately leading to higher dew points in many areas surrounding the corn fields. 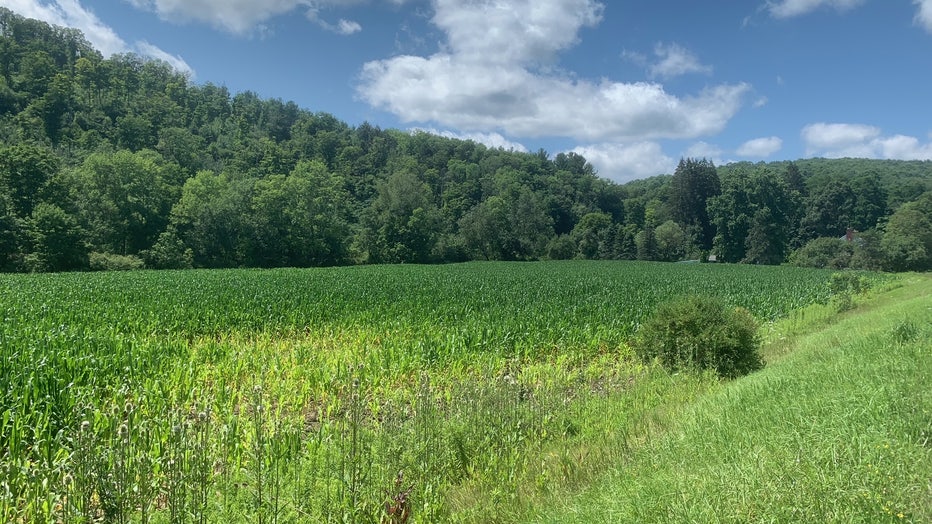 Dew points are used to figure out how much moisture is present in the air. In simplest terms, the dew point is the temperature to which the air must be cooled in order for it to become saturated. It provides a measure of the actual amount of water vapor in the air – so the higher the dew point, the more moisture in the air.

Weather conditions affect everyone differently, but a good generalization is that dew points in the 50s or lower are comfortable for most people, 60s are humid and somewhat uncomfortable and 70s are oppressive and very uncomfortable. Once the dew point gets into the 80s – and even to around 90 degrees on these extremely rare instances – it's basically unfathomable unless you've ever experienced that much humidity (remember, Philadelphia's dew point has never been higher than 82 degrees).

Luckily, "corn sweat" isn't really a thing unless you live in the Midwest, a region covered in corn, so it's unlikely Philadelphia will ever have dew points in the upper 80s or near 90 degrees.

The weather station in Clarion, Iowa, that reported a 90-degree dew point Wednesday is located in the middle of a corn field. The station in Maurice, Iowa, that observed a dew point of 91 degrees Tuesday also appears to be surrounded by corn fields. We can certainly blame it on "corn sweat" here.