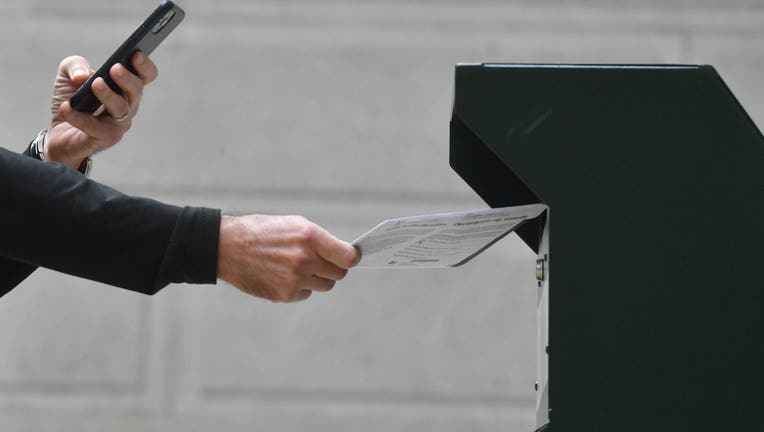 HARRISBURG, Pa. - An error by a company that prints ballots for several Pennsylvania counties made thousands of mail-in ballots unreadable Tuesday as voters were deciding hotly contested primaries for governor and U.S. Senate in one of the nation's most important battleground states.

Officials in Lancaster County, the state's sixth most populous, said the problem involved at least 21,000 mailed ballots, only a third of which were scanning properly. The glitch will force election workers to redo ballots that can't be read by the machine, a laborious process expected to take several days. Officials in the GOP-controlled county pledged that all the ballots will be counted eventually.

"Citizens deserve to have accurate results from elections and they deserve to have them on election night, not days later," Josh Parsons, a Republican and vice chair of the county board of commissioners, said at a news conference. "But because of this, we’re not going to have final election results from these mail ballots for probably several days, so that is very, very frustrating to us."

The Lancaster Board of Elections, of which Parsons is a member, renewed its criticism of a 2019 state voting law that expanded mail-in balloting but prevented counties from opening mailed ballots before Election Day to check for errors.

The board said the law, which passed the legislature with bipartisan support, also forces counties to use vendors to print ballots rather than doing them in house.

"Act 77 is untenable for us as counties to continue to work in elections and not have problems like this," said Ray D’Agostino, chairman of the Lancaster board.

The vendor's error left county officials with the task of having to hand-mark thousands of fresh ballots, a process that was expected to start Wednesday morning. For ballots that won’t scan, county election workers will recreate voters’ choices on blank ballots, and then scan those.

Lancaster County had to use a similar process during primaries last year because of a printing error by a different vendor.

Christa Miller, chief clerk of voter registration, said an elections worker will read out each voter’s choices, a second worker will record them on a blank ballot, and an observer will make sure the choices are marked correctly.

"Our main priority is accuracy and not how fast we can do something," she said.

All eyes on Pennsylvania for primary election day

County officials said the contractor, Claysburg, Pennsylvania-based NPC, sent the county test ballots with the correct ID code, but used the wrong code on the ones sent to voters.

NPC, which replaced the vendor fired after last year's error, did not immediately respond to a message seeking comment. D’Agostino said NPC had taken "full responsibility."

The Pennsylvania Department of State said it was aware of the problem in Lancaster County, which went for Donald Trump by about 16 percentage points over Joe Biden in the 2020 presidential contest. Spokesperson Ellen Lyon said no other counties have reported similar issues.

Pennsylvania is one of five states holding primaries Tuesday, along with Idaho, Kentucky, North Carolina and Oregon.

In North Carolina, election officials were investigating delays at some polling places.

Karen Brinson Bell, executive director of the North Carolina State Board of Elections, said officials were examining whether voting machine problems delayed poll openings in three counties — Gates, Warren and Wilson. Officials were trying to determine whether the delays left anyone unable to cast a ballot and whether voting hours would need to be extended.

"With over 2,600 polling places open and the possibility of delays in three, I think that’s a pretty good batting average," Bell said during a conference call with reporters.

Voters across North Carolina cast about 580,000 early ballots, the vast majority of them at in-person polling places. That's more than twice as many early ballots cast as during the 2018 primary.

Bell said the high turnout "is indicative, we hope, of North Carolinians’ faith and trust in election officials conducting elections for them."