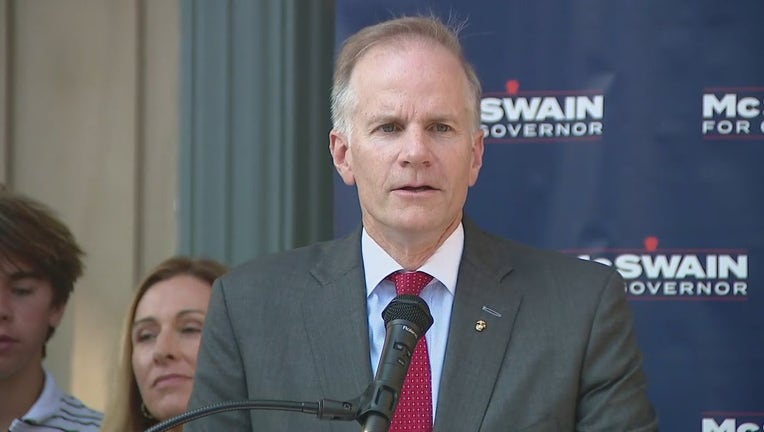 Bill McSwain, 52, announced last fall that he would be running for governor in Pennsylvania.

McSwain, who spent nearly three years as the top federal prosecutor in Philadelphia under Trump, had been seeking Trump’s endorsement, calling the presidential election in Pennsylvania a "partisan disgrace" as he sought to curry favor with the former president. McSwain has often touted his connection to Trump as he campaigns for the GOP nod in a crowded primary field.

Instead, Trump turned on him.

"One person in Pennsylvania who I will not be endorsing is Bill McSwain for Governor. He was the U.S. Attorney who did absolutely nothing on the massive Election Fraud that took place in Philadelphia and throughout the commonwealth," Trump said in a statement. "Do not vote for Bill McSwain, a coward, who let our Country down. He knew what was happening and let it go."

Trump’s false claims of a stolen election have been debunked by the courts, his own Justice Department and numerous recounts, and no prosecutor, judge or election official in Pennsylvania has raised a concern about widespread fraud.

A message was sent to McSwain’s campaign spokesperson seeking comment.

When he asked for Trump's endorsement last summer, McSwain criticized the manner in which Pennsylvania’s presidential election was run but claimed that Trump's attorney general, Bill Barr, had blocked him from investigating. Barr told him to pass along any "serious allegations" of election fraud to the state's attorney general's office, McSwain said in a letter seeking Trump's endorsement.

Barr disputed McSwain's account, saying the order came from a top deputy, not him. He told The Philadelphia Inquirer that McSwain was never told to "stand down" from investigating.

McSwain "told me that he had to do this because he was under pressure from Trump and for him to have a viable candidacy he couldn’t have Trump attacking him," Barr told the paper last year. So McSwain "tried to thread the needle" by saying "things that were technically true" without giving "support to Trump’s stolen election narrative," Barr said.

Trump, who has endorsed celebrity surgeon and former TV host Mehmet Oz in Pennsylvania’s Republican U.S. Senate primary, has yet to make an endorsement in the crowded and competitive governor’s race. Nine Republicans are seeking the party’s nomination to face Shapiro in November’s general election.