Jennifer Joyce reports on the crane accident in University City that killed one man and injured a second man.

UNIVERSITY CITY - Officials say a worker was killed and another was injured when a crane unloading heavy equipment from a tractor-trailer toppled over Tuesday night in University City.

A spokesperson from Cook Drilling told FOX 29 that crews were working on installing a walking bridge over Convention Avenue around 10:30 when the accident happened.

Emergency medical crews discovered a 55-year-old worker trapped underneath the crane. He was freed and taken to Penn Presbyterian Hospital where he died from his injuries, according to officials.

Fire officials on Tuesday night said the crane fell away from nearby buildings and did not cause property damage.

Crews were able to upright the 75-ton crane Wednesday afternoon. It was then taken to Cook Drilling in Trevose for further inspection. 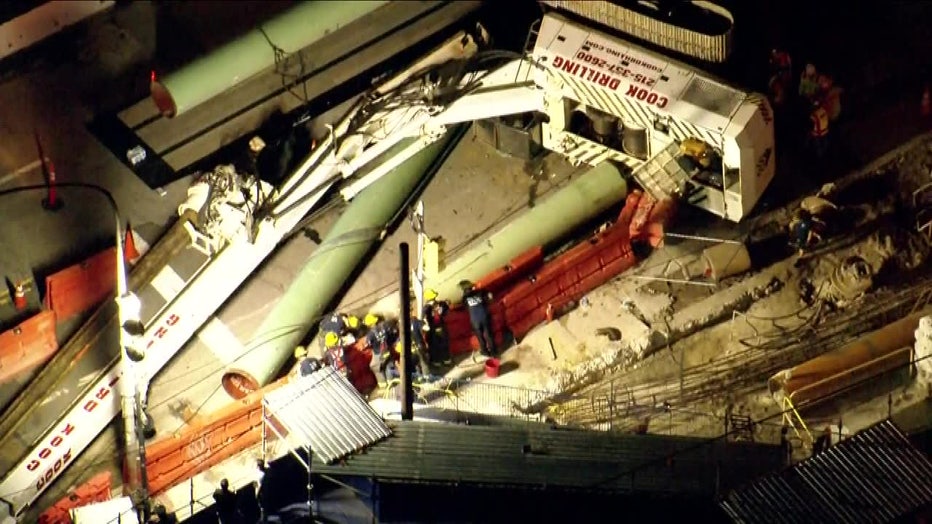 "We are deeply saddened by this incident, and our sincere sympathies are with all involved. We are supporting project team members during this trying time and fully cooperating with the ongoing investigation."