1 dead after crash, car fire on I-95 Tuesday morning

Authorities say they found a deceased male inside a minivan that had burst into flames after a crash.

PHILADELPHIA - One man has died after a minivan burst into flames following a crash on I-95 in Philadelphia Tuesday morning.

Pennsylvania State Police say the minivan was involved in a collision with another vehicle before it burst into flames around 4:30 a.m.

After putting out the fire, authorities say they found a deceased man inside the vehicle. 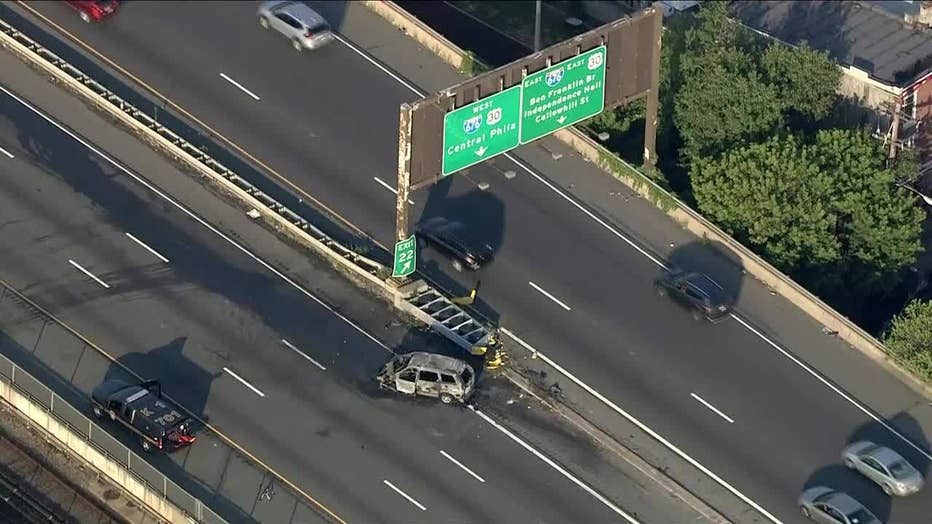 The deadly crash prompted authorities to shut down the highway at the Vine Street Expressway exit as authorities investigated the crash. The roadway reopened around 9 a.m.

Two other people involved in the crash were unharmed, according to state police.