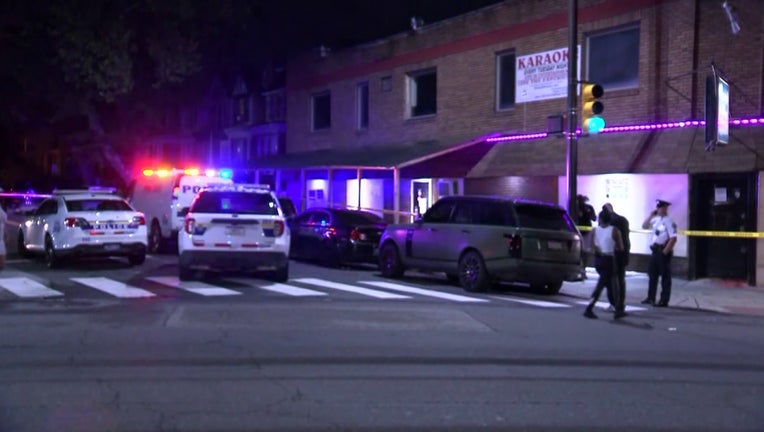 A man is dead, while three others are injured after a shooting on Rising Sun Avenue in Olney.

OLNEY - One man is dead and four others are injured after police say a pair of gunmen opened fire on a group playing dice outside of a bar in Olney on Wednesday night.

Officers were called to the 5500 block of Rising Sun Avenue just before 10 p.m. for reports of a shooting. Police drove two men to Albert Einstein Hospital with multiple gunshot wounds, including a 46-year-old man who died just before 10:30 p.m.

Three other shooting victims showed up at Einstein Hospital with gunshot wounds, according to authorities. Among the victims, police say a 27-year-old man suffered critical injuries to the arm and leg and a 32-year-old was grazed in the head by gunfire.

According to investigators, the shooting happened when two unknown men opened fire on a group playing dice outside Banannas Lounge. After the shooting, police say one of the shooters carjacked a woman who was waiting for food outside a nearby restaurant.

The car was later found abandoned near Fisher and Water Street after it had crashed into a parked vehicle, according to authorities.

Police have not made any arrests at this time. A motive is still under investigation.