NORTH PHILADELPHIA - One man is dead and six others are injured after a shooting in North Philadelphia late Tuesday night.

Police responded to the 600 block of Perth Place just before midnight Monday after receiving numerous 911 calls regarding gunshots heard, according to authorities. 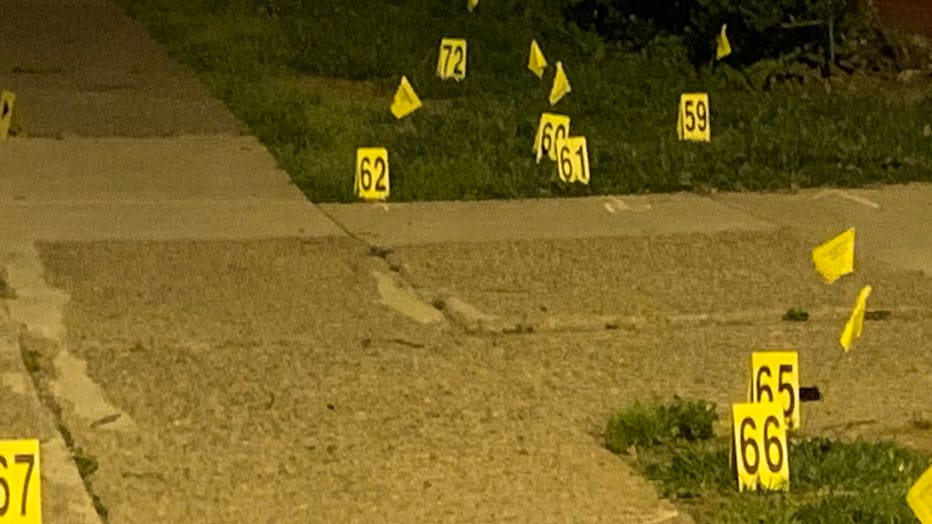 Philadelphia police investigate after shooting leaves one person dead and six others injured.

Police discovered dozens of spent shell casings as they came upon the courtyard at Spring Garden Homes. So far, authorities have found as many as 74 casings.

Six people went by private vehicle to both Temple University Hospital and Jefferson Hospital. One 22-year-old male was shot in the neck and listed in critical condition. The other victims, including a 22-year-old female and a 58-year-old man, were listed as stable.

During the course of the investigation, officials stated a seventh victim was discovered unresponsive at the scene, with a gunshot wound to the face. That person was pronounced dead at the scene.

Authorities say they found four vehicles, one with the engine still running, with bullet holes. They also discovered a large amount of cash at the scene.

There have been 177 homicides in the city this year, which is a 26 percent jump over 2019. It's a sobering statistic at a time when there are calls to cut funding to police in light of unrest.

After days of protests, Jim Mayor Kenney is dumping his plan to hike the police budget next year by $14 million and he wants Outlaw to change how cops use force.

The investigation into Tuesday's shooting is ongoing. No arrests have been made.

Steve Keeley reports on a large shooting in North Philadelphia