PHILADELPHIA - Philadelphia Mayor Jim Kenney on Tuesday backed off a proposed $14 million increase to the police department’s revised budget and pledged to review use-of-force polices as protesters across the country demand deep changes to policing in the wake of George Floyd’s death.

The new agenda comes days after 14 of 17 members of Philadelphia's city council announced they would not support a $14 million proposed increase to the police budget for the 2021 fiscal year.

Kenney says after days of protests “we have seen and heard the cries of thousands of Philadelphians demanding change.” 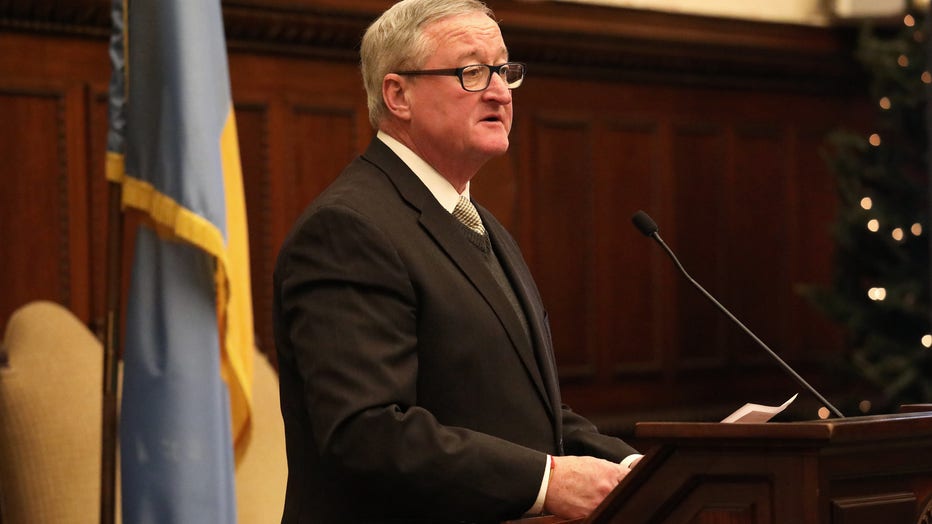 As a result, the city created a “Reconciliation Steering Committee.”

“We will be focused on reconciliation, on understanding, and—most importantly—on engaging and taking appropriate action in response. We will embark on a path toward real change in Philadelphia, and hopefully across America. We will seize this moment, and we will move quickly, because too many lives are being lost,” Kenney said in a statement released Tuesday.

After discussions with the Reconciliation Steering Committee, city council, and the Police Reform Working Group, Kenny’s administration has committed to a number of actions.

Those actions include updates to use of force policies, eliminating the proposed increase to the Philadelphia Police Department budget, creating a permanent civilian police oversight commission, and providing increased transparency into each complaint against police officers.

The collective bargaining agreement with the Fraternal Order of Police Lodge 5 could also be subject to change under Kenney’s reform agenda. Re-establishment of residency requirements, overhaul of the department’s disciplinary code, and elimination of disciplinary record expungements were among the proposed changes. The mayor also says his administration would like to improve the transparency of the bargaining process with the FOP.

Philadelphia Police Commissioner Danielle Outlaw will also be tasked with developing a plan “to enhance the PPD’s racial and geographic recruitment diversity, including specific goals.”

At the state level, Kenney says the city will support legislation that worked towards reform while also supporting changes that fall under the authority of the governor.

You can read more about Kenney's agenda, here.