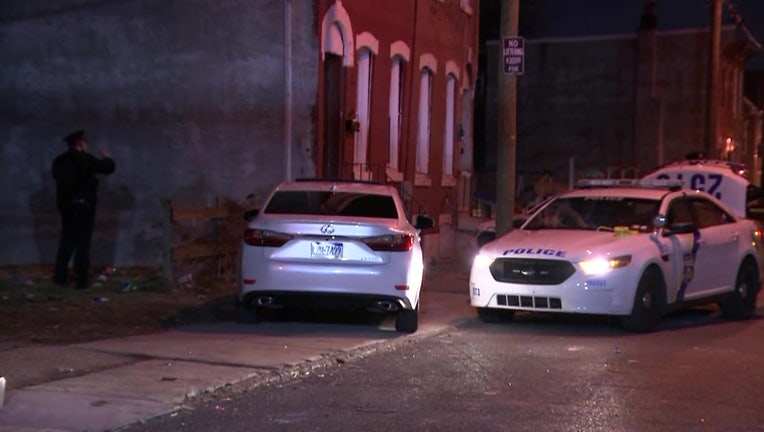 Police are investigating a triple shooting on North Warnock Street that left one man dead.

NORTH PHILADELPHIA - One man was shot and killed while two others are recovering after a violent evening in North Philadelphia.

Authorities said police were called to the 2700 block of North Warnock Street Wednesday, just after 7:30 p.m.

A 55-year-old man was shot twice. He was rushed to Temple University Hospital, where he was pronounced dead.

The other two men, 47 and 25, went to Temple by private vehicles after they were shot multiple times in their legs. Both are listed as stable.

Officials say police are investigating. No arrests have been made and no weapons have been recovered.