"Thousands" of people again flocked to the Kabul airport on August 16 in a bid to escape after the Afghan capital fell under Taliban control the previous day, journalist Matthieu Aikins reported. (Credit: Matthieu Aikins via Storyful)

DOHA, Qatar - Ten members of an all-girls robotics team from Afghanistan have successfully fled the country in the wake of the Taliban takeover.

According to the Digital Citizen Fund (DCF), the team's parent organization, the girls were safely evacuated to Doha, Qatar. DCF executives Roya Mahboob and Elizabeth Schaeffer Brown began working with Qatar to remove the girls on Aug. 12.

A spokesperson for DCF said they are deeply grateful to Qatar for expediting the visa process and sending a plane to retrieve the girls from Kabul after many outbound flights were canceled. 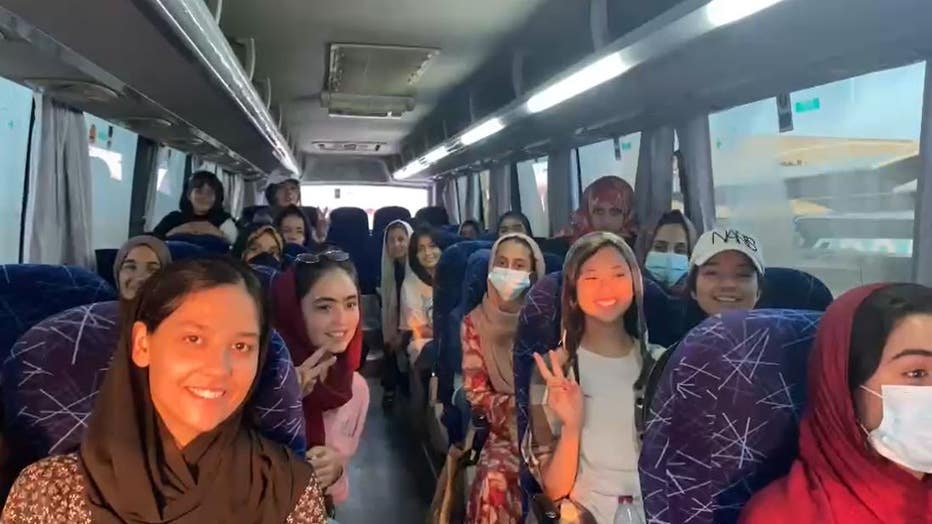 Ten members of an all-girl robotics team has safely arrived in Qatar after fleeing Afghanistan in the aftermath of the Taliban takeover. (Source: Digital Citizen Fund)

"Mahboob and Brown worked for days, in cooperation with Qatar government officials, against the backdrop of great uncertainty, to organize safe passage for team members still in the country," DCF said in a news release. "They are appreciative for all those that contributed to this effort."

The Taliban is notorious for its ultra-conservative interpretation of Sharia Law. In their previous regime, the Taliban enacted policies that restricted women’s clothing, barred them from aspects of public life and didn’t permit girls to attend schools.

Since assuming power this week, the Taliban has presented itself as more moderate than its predecessor. Zabihullah Mujahid, the Taliban's longtime spokesman, promised the Taliban would honor women’s rights within the norms of Islamic law. He did not elaborate on exactly what that would mean.

According to the Associated Press, the Muslim world’s treatment of women varies widely. Afghanistan's eastern neighbor Pakistan has allowed women to serve as prime ministers.

Saudi Arabia, on the other hand, has been slower to progress. Only recently have they permitted women to drive cars.