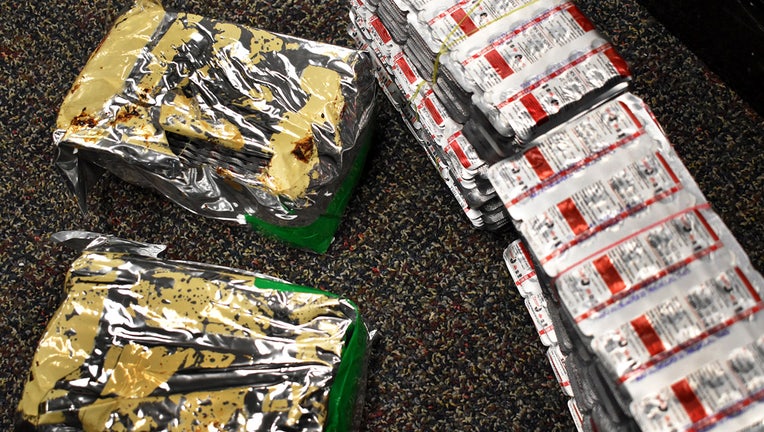 Officers say 10,000 tablets of Tramadol concealed in the cakes, which arrived from London on Thursday. The shipment was destined for Charleston, West Virginia, and listed on the shipping manifest as ‘garments.’

Officials say the box did contain garments, but an x-ray examination also revealed the presence of what appeared to be packaged pharmaceuticals.

After the x-ray, officers opened the box and recovered two packaged food containers that were labeled as ‘sweets from India.’ Instead of candies, officers found two cakes that concealed aluminum foil pouches.

The DEA describes Tramadol hydrochloride as a synthetic morphine-like opioid and a Schedule IV drug under the Controlled Substances Act. It’s prescribed to treat moderate to severe pain.

U.S. Customs and Border Protection seized or disrupted an average of 4,732 pounds of dangerous drugs every day across the United States during fiscal year 2021.