As many as 106 shipping containers, not a previous estimate of 40, from a cargo ship have been left drifting in the Pacific Ocean, according to the U.S. Coast Guard.

NEAH BAY, Wash. - As many as 106 shipping containers from the Zim Kingston have been left drifting in the Pacific Ocean, according to the U.S. Coast Guard.

The cargo ship had a rough weekend, hitting choppy waves near the Strait of Juan de Fuca on Friday that sent dozens of shipping containers overboard. Late on Saturday, a fire broke out in 10 damaged containers aboard the ship. 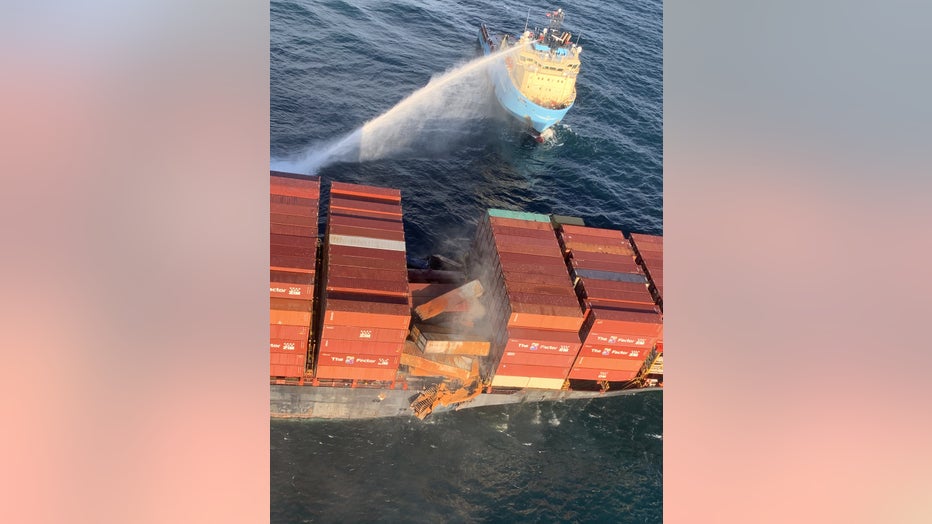 With the fire finally put out on Sunday, the ship's crew was able to return and take inventory. Officials now say that 106 containers—not their previous estimate of 40—are drifting along the western coast of Vancouver Island.

The Canadian and U.S. Coast Guard are working to track down these shipping containers, now that the bomb cyclone has passed.