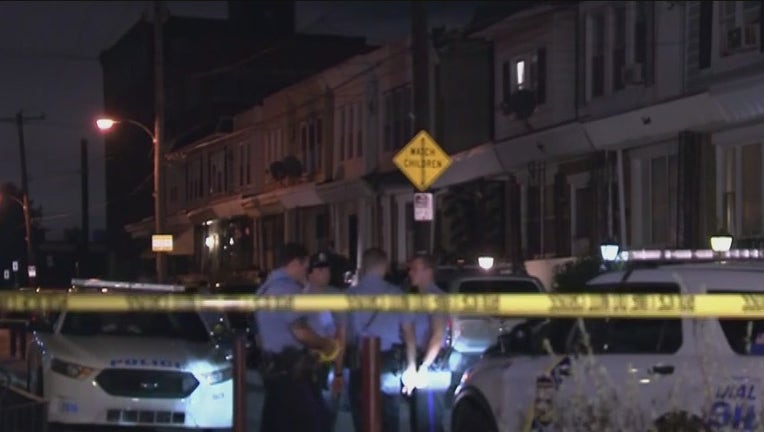 KENSINGTON - Philadelphia police say a 19-year-old man was killed and his father was wounded in a double shooting in Port Richmond.

It happened on the 2900 block of Weikel Street inside a home Thursday around 8:15 p.m.

According to police, the man was shot once in the nose. He was taken to Temple University Hospital where he was pronounced dead.

His father was shot once in the arm and thigh. He is currently in critical but stable condition.

Police were pursuing the suspect when shots were fired at police. The suspect was eventually apprehended and a gun was recovered.

There were no reported injuries to police. The investigation is going.