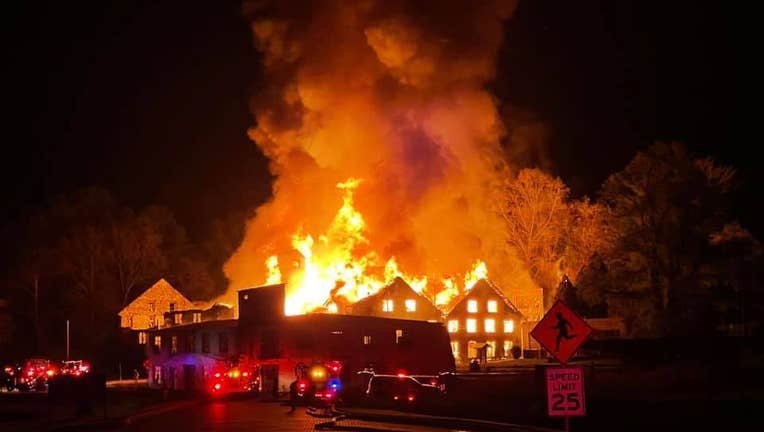 Firefighters in Hockessin responded to the plant on 1165 Yorklyn Road around 3:30 a.m. and found the building engulfed in large flames.

Fire officials said the plant was in the process of being demolished. The fire, which was captured at its peak by a FOX 29 viewer, was quickly upgraded to two alarms.

The heaviest flames appeared to have been doused around 6 a.m. but crews were still seen pouring water inside the scorched shell of the building.

Officials have not said how the fire started.