PHILADELPHIA - Fire officials say no one was injured in a 2-alarm blaze that tore through a condo complex in Burlington County early Thursday morning.

The fire broke out on the 400 block of North Stiles Avenue in Maple Shade just after 3:30 a.m.

Fire officials say the blaze spread to six condos and displaced at least nine families. One resident was taken to the hospital for precautionary reasons, but otherwise, no tenants or firefighters were injured. 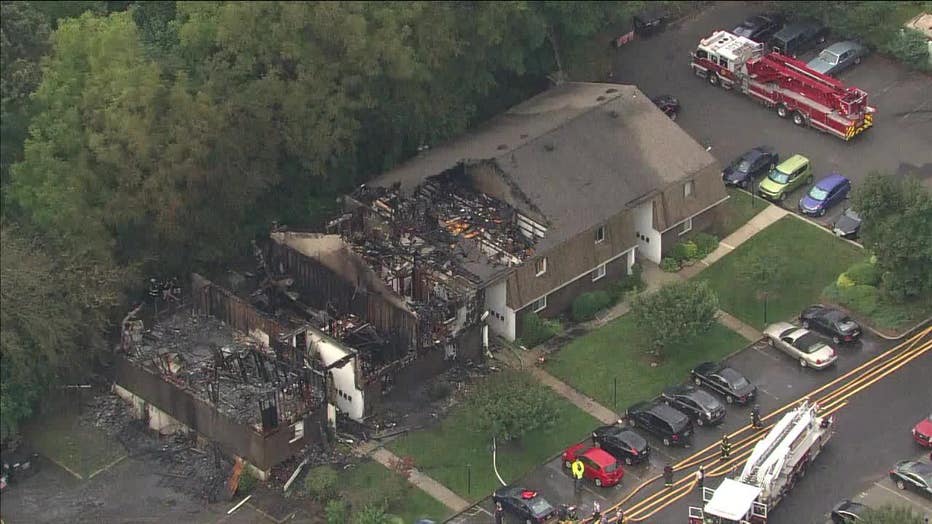 Firefighters have not said what caused the inferno. An investigation is underway.